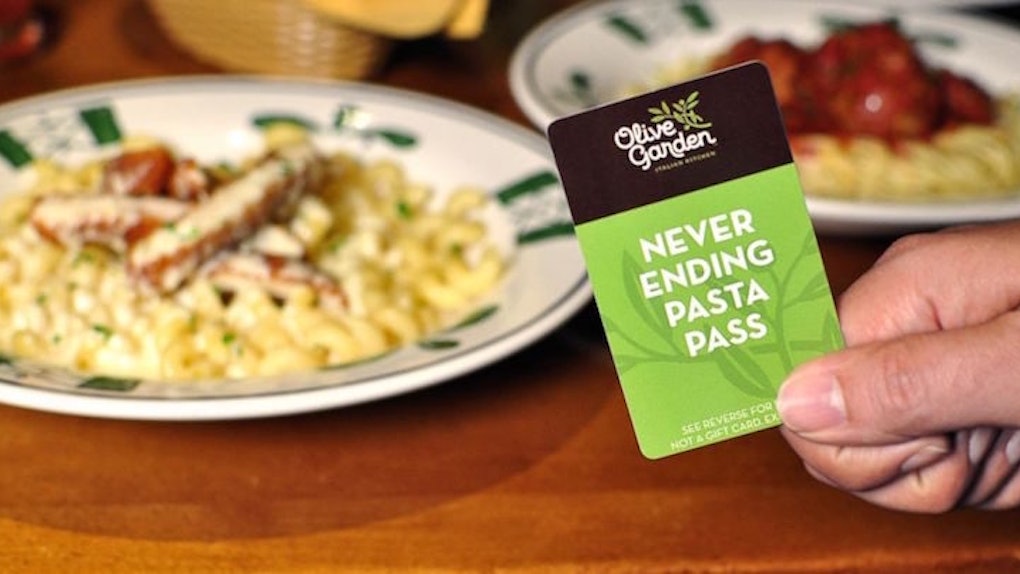 On Thursday, September 17, Olive Garden's Never Ending Pasta Passes sold out in under one second. From October 5 to November 9, the 2,000 Pasta Pass holders will have access to unlimited pasta entrées, breadsticks, soup or salad and Coke drinks.

Last year's promotion sold out in under 45 minutes. In addition to this year's absurd, record-breaking sellout, a new family pass was introduced for $300 while the other 1,000 single passes were sold at $100.

While it's assumed some entrepreneurial bread-stick lovers will be selling their passes on eBay, Olive Garden said it may be giving more out via Facebook and Twitter.

Olive Garden is clearly the pushy mother of the food chain industry -- you'll never leave hungry because when you're there, you're family.