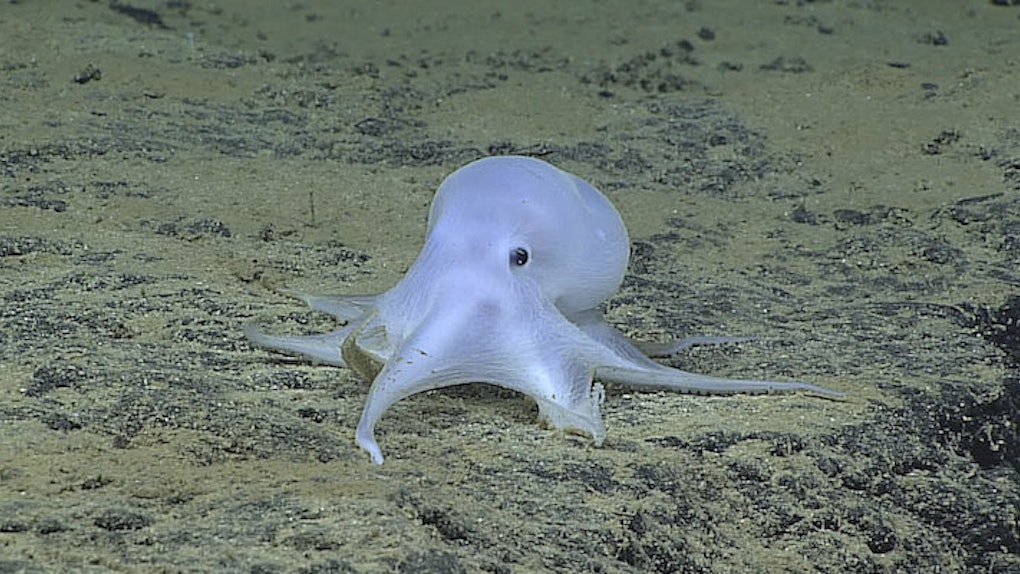 This Super Stealthy Octopus Escaped From Prison, I Mean, The Aquarium

A few months ago, the staff at New Zealand's National Aquarium were surprised to find one of their prized octopuses had disappeared. They quickly put together what happened, though, after noticing a trail of ink and suction cup prints leading from the tank to the sea.

Apparently, the octopus, Inky, slipped through a gap left open at the top of his enclosure and crawled his way over to a six-inch-wide drain. According to the aquarium manager, Rob Yarrall, octopus bodies are very flexible, enabling him to squeeze through the small opening.

He managed to make his way to one of the drain holes that go back to the ocean. And off he went. And he didn't even leave us a message.

While Inky escaped three months ago, the story just became public as of Tuesday. Since then, he's become an instant celebrity among New Zealanders and marine animal fans worldwide. Some advocates are using his escape as more evidence animals don't belong in artificial, confined environments.

As for those who are still interested in imprisoning octopuses, good luck. As octopus expert Jennifer Mather said,

They are very strong, and it is practically impossible to keep an octopus in a tank unless you are very lucky. … Octopuses simply take things apart. I recall reading about someone who had built a robot submarine to putter around in a large aquarium tank. The octopus got a hold of it and took it apart piece by piece. There's a famous story from the Brighton Aquarium in England 100 years ago that an octopus there got out of its tank at night when no one was watching, went to the tank next door and ate one of the lumpfish and went back to his own tank and was sitting there the next morning.

I think I'll stick to dogs, thank you very much.