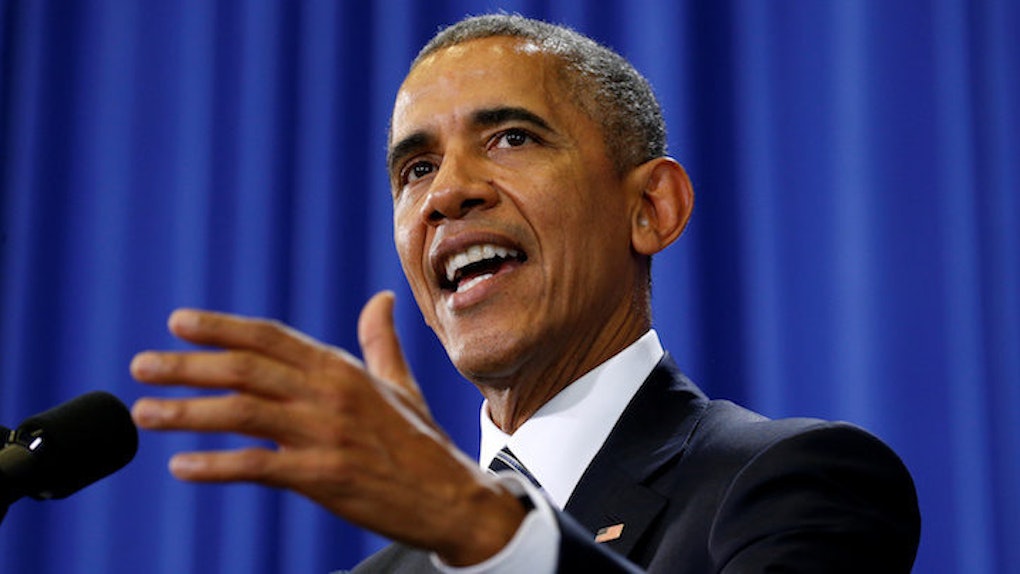 Christmas may have come and gone, but that certainly doesn't mean receiving more gifts is out of the question.

Before 2016 officially shuts its doors on what was a pretty painful year, YouTube channel "baracksdubs" (known for "putting words in people's mouths") has delivered yet another soulful, Bieber-inspired smash from our beloved president, Barack Obama.

If you've already seen any of the other marvelous works of art featuring our 44th president harmonizing to "Shake It Off," "Hotline Bling" or "All I Want For Christmas Is You," you should know just how special this truly is.

The newest video takes POTUS and edits footage down so his song of choice is none other than DJ Snake and Justin Bieber's hit collaboration, "Let Me Love You."

The dub-smashed rendition clocks in at around one minute and 24 seconds, less than half of the original club banger's length, but we still get just as clear of a message from this political parody version.

Who knows what Bieber was referring to when he said, "Oh, it's been a hell of ride," but coming from Obama's shaky voice, this version points directly as his eight-year stint as president.

“Don't you give up, nah, nah, nah," are some more lyrics that were clearly molded to represent 2016, and more specifically, the results from the Presidential Election.

With Donald Trump set to take office next month, we need all the motivational speeches we can get. With Obama being the wordsmith he is, it only makes sense that he delivers the words of wisdom.

Because, let's be real: Words have a more powerful meaning when they're said by our beloved Barry.

Now, I'm not saying I'm going to run on the treadmill to this barackdubs version, but you do have to give the creators some credit.

It's definitely creative, well put-together and has managed to bring a smile to my face during a time when that's needed most.

I think I'll watch it one more time.