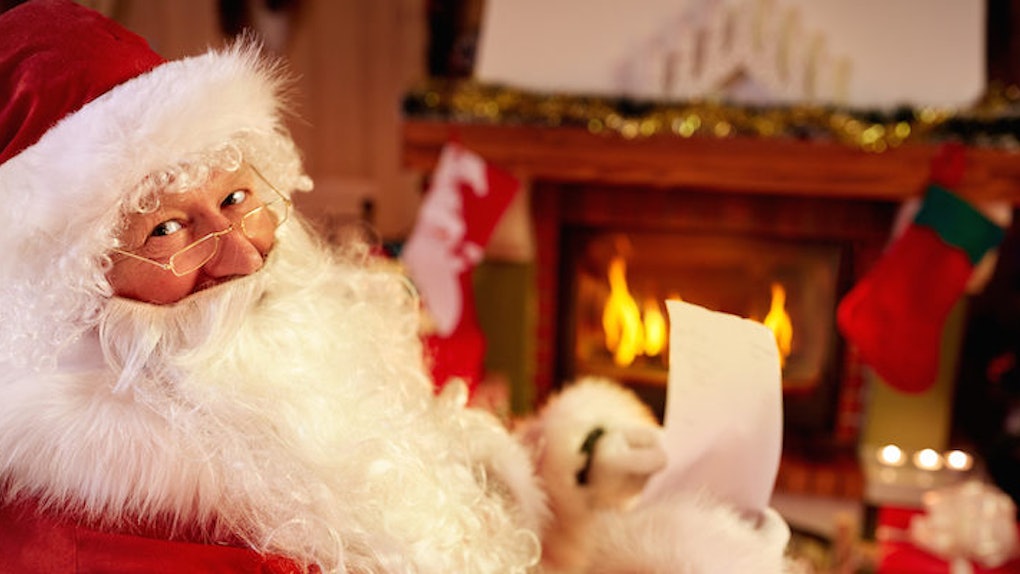 It's pretty safe to say most people would agree 2016 has been an abnormally awful year for the world.

Between the devastating war in Syria, record high temperatures, the global refugee crisis, a historically divisive election cycle in America, terror attacks, police shootings and far too many celebrity deaths... this year has SUCKED.

It's honestly difficult to list all of the terrible things that happened this year because bad news has been so frequent it almost feels like we're all being punished for crimes we committed in past lives.

But, fear not, there is still good news out there. All is not lost.

New Zealand is here to show us all that 2016 doesn't have to be a complete dumpster fire of a year.

New Zealand is reminding the world we can still be good to each other by holding a nationwide Secret Santa.

First, the Kiwis gave us the epic scenery in "Lord of the Rings." Now, we can thank them for melting our hearts with holiday cheer during these cold, unforgiving times.

Between this and their charming accents, it's tempting to fly over to New Zealand and give everyone a hug (but the flight also takes FOREVER so I might hold off for the time being).

This tradition was started by Sam Elton-Walters back in 2010, and it's now run by the New Zealand Post. Here's the general concept: You sign up to do the Secret Santa and get matched to a Twitter user.

Subsequently, you stalk them (nothing creepy, just the normal stuff) to get an idea of what you might get them for Christmas.

Then, you send the gift to the New Zealand Post, who will make sure it gets to your new Secret Santa BFF.

But, as Mashable highlights, the New Zealand Post service takes no responsibility for "inappropriateness of gifts."

So far, 2,000 people have signed up to do the New Zealand Secret Santa.

Yes, there are more than 2,000 people in New Zealand (the population is a little less than 4.5 million).

But, whatever, we can still call this a nationwide Secret Santa, because people across the beautiful island nation are participating.

A lot of people are already talking about it on Twitter as well.

Thank you, New Zealand, for reminding us that showing a little kindness to strangers is one of the most rewarding things you can do — especially during an extraordinarily shitty year.