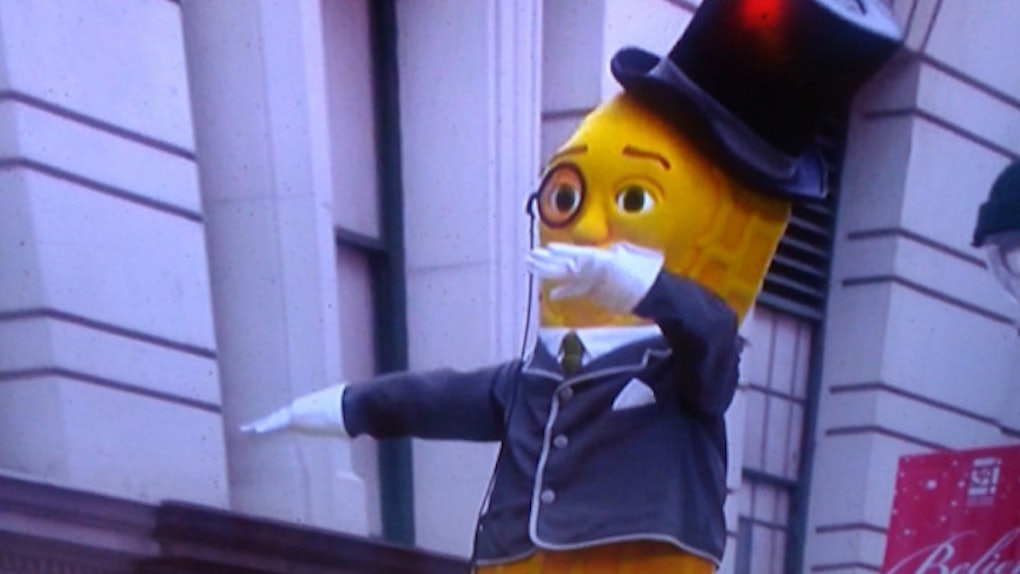 We've had Brexit, the presidential election, and now the Mr. Peanut dab.

What a year it's been.

It's the 90th anniversary, and Mr. Peanut knew he had to pull something out of the bag to make it extra special.

So he dabbed. Twice.

It was just a couple of cheeky dabs, but it did not go unnoticed.

Quite the opposite. Now it's been hailed as the most iconic dab of 2016 and we couldn't agree more.

He's an inspiration for all of us.

What a world we live in.

The dab is right up there with the skater dude who showed off his moves during a TV interview earlier this year. Remember that?

The story is Calgary City Council in Alberta, Canada, was finally lifting a 30-year ban on backyard skate ramps.

A reporter when down to a skate park for a TV piece about the news, when she bumped into this guy:

He signed off the interview by saying "I'm so stoked, my dudes -- skrrrt."

Then he breaks out one of the most important dabs of this year. Obviously, the reporter was lost for words.

The Mr. Peanut dab wasn't the only thing that left Thanksgiving parade viewers confused and excited -- did anyone else see LunchMoney Lewis in a turkey hat?

Certainly a bold wardrobe move from LunchMoney, very strong. He's not that well-known, so maybe it's some weird marketing ploy.