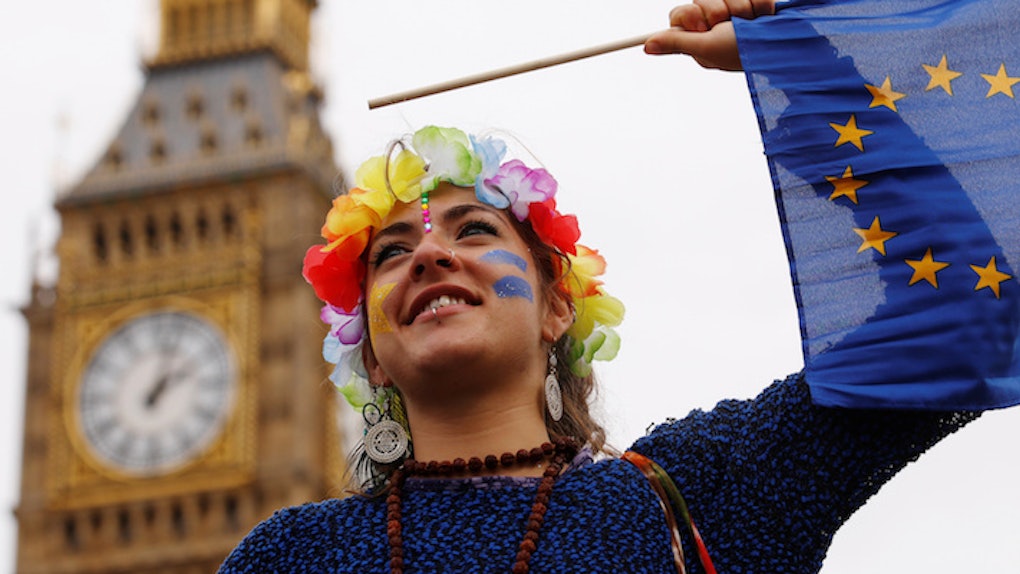 How The Consequences Of Brexit Will Affect Millennials Financially

Like the Scottish Independence referendum of 2014, June's vote for the Brexit was largely viewed as the baby boomer generation taking control of the future of millennials.

The idea that the younger generation are the victims of the baby boomer vote is not just perception. The anger is backed by evidence that 75 percent of young voters wanted to remain in the European Union to keep their future dreams of free movement and prosperity afloat.

The vote is now over, but the deal is not yet done. How will the Brexit really affect millennials? And what is more, how will it affect their bank accounts?

The stock market will be volatile, but it will right itself.

Millennials have a love-hate relationship with the stock market. Only around 20 percent of this generation has put their money in the markets, partly due to the lack of liquid capital and the barriers to entry.

The volatility associated with a potentially bad breakup with the EU could cause serious market turmoil. This is likely to drive away new investors and damage the accounts of those already in the stock market.

The biggest change will likely come for those who invest in the UK stock market. The London markets respond more closely to domestic policy and issues. There will likely be fears of a significant drop in international investment in Britain, and this could drive London's stock prices down.

The euro could collapse.

The euro has struggled the past few years, as key members of the European Union have tried to keep their economies afloat. Money trouble in Greece, Spain, Italy and Portugal has caused a steep decline in the euro over the past few years.

That difficulty, combined with the potential removal of one of the stronger economies from the Union, meant that, in the hours after the vote was announced, the euro dropped 4.7 percent.

The euro rallied later that day, but further pressure from Italy and the actual departure of the UK, could seriously damage Europe's currency.  And the collapse of a major global currency will impact currencies across the world, including the US and Canadian dollars.

It is also possible that other countries, like the United States, may lower their currencies to keep trade flowing. Thus, for a brief moment, it may feel like North Americans can finally afford to buy things in Europe. However, this would be short-lived in the event that all currencies are devalued.

Housing prices were on track to rise in Britain, Canada and the United States. However, the Brexit may result in a significant drop in prices, particularly in Britain.

A drop in housing prices, combined with what will likely be low mortgage rates, is a good thing for first-time buyers. Unfortunately, this negatively impacts those who already own their homes or who are still paying off their mortgage.

Retirement for Millennials' parents could be a bit rocky.

Retirement is still far off for all but a lucky few Millennials. However, those with retirement accounts may see some short-term pain from the negotiations and the resulting market volatility.

Fortunately, there is plenty of time for retirement plans and pensions to bounce back. This is particularly true if these plans have a few decades to do so. However, those with parents who are about to retire may witness their parents checking their plans to make sure they are on track, should the next two to five years be bumpy.

The British will likely feel the greatest effects of the Brexit directly. However, a bad breakup with the EU could result in millennials in Europe and across the globe feeling a pinch as one of the most economically-stable countries in the world tries to reorganize itself within the constraints of deadlines and external pressure.

The key to surviving the Brexit is similar to dealing with the end of any relationship. It may hurt at first, and you should be careful in the first few weeks or months after it happens.

Regardless, survival means it is best to bide your time and avoid flying off the handle to prevent those negative feelings from transforming into a massive meltdown.