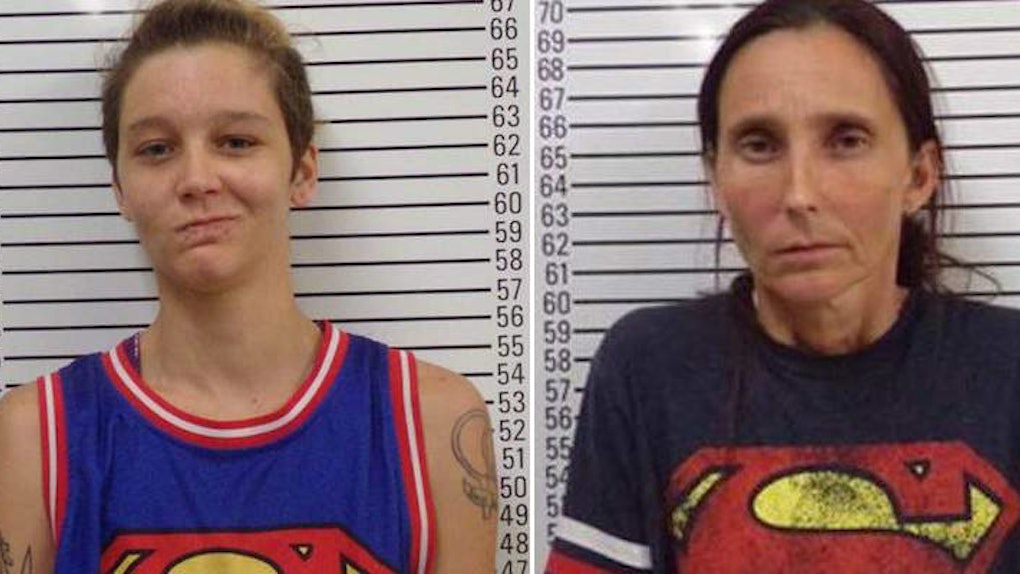 After Divorcing Her Son, Mother Marries Her Daughter (Yes, You Read That Right)

I'm all about loving who you want to love, and the heart wanting what it wants, but there are some limitations. What sorts of limitations?

I thought these were pretty self-explanatory rules we were all inherently born knowing, but much to my disgust and dismay, one Oklahoma family seems to have missed the biological memo.

All right, folks, get your puke bags out... Here we go.

Patricia Spann, a 43-year-old Oklahoma woman, is facing jail time after reports surfaced that she married her 25-year-old daughter, Misty Spann, back in March of this year.

The Department of Human Services found out about Patricia and Misty's relationship during a child welfare investigation in August.

But the icing on the cake? This wasn't even the first time this lady married one of her very own children.

Nope, Human Services discovered this sicko also had a 15-month marriage TO HER SON, Jody, which he had annulled in 2008 (he cited "incest" as the reason, according to The Independent).

Oklahoma state law deems the marriage of close relatives as incestuous, whether or not the relatives also have a sexual relationship.

So, beyond just being plain old revolting, this mother-daughter union is also illegal.

The pair was charged and are currently booked in the Stephens County Jail, where I'm really hoping they're being forced to sleep in separate cells.

According to police reports, Spann's children were actually raised by their paternal grandmother after she lost custody of Misty and her two sons. (Hmmm... I really wonder why the court wouldn't want her having custody of her children.)

Spann and Misty were reunited in 2014, and I guess sometime between now and then they fell in love and decided to get married.

And you thought your family was weird.