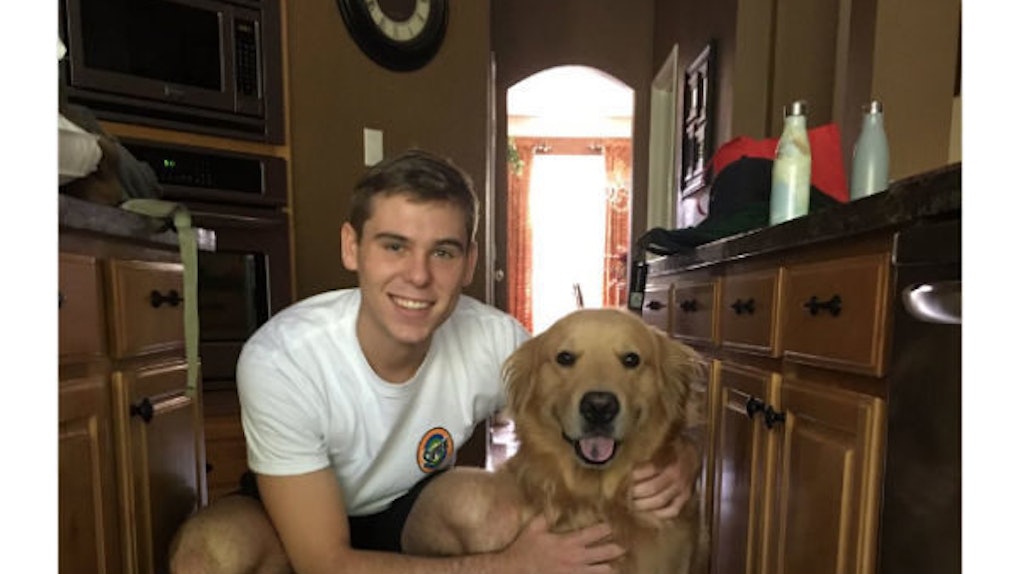 Mom Gifts College-Bound Son With Cutout Of His Dog

We can all agree that the hardest part of going away to college isn't saying goodbye to the people who have raised you for the past 18 years.

It isn't kissing your high school sweetheart goodbye for the last time.

Heck, it's not even bidding adieu to friends who helped you knock over a number of outhouses one high-spirited summer night.

No, the hardest part of going away to further your education is leaving your pet behind.

A sage mother must have known this (perchance she, too, had to leave a pet behind).

Nineteen-year-old Jake Ostrowski was set to move away to college when his mother gave him a life-size cardboard cutout of their dog, Jesse.

It's not quite as cuddly as the real thing, and snuggling may lead to paper cuts, but it is certainly the next best thing to sneaking your dog onto campus.

It was probably the best gift I ever received.

(Which is nice, but was he not gifted the real Jesse at one point or another?)

He went on to add that he has received a lot of responses from other students who plan on getting their own prints made of their pets, or at least telling their moms to step up their game.