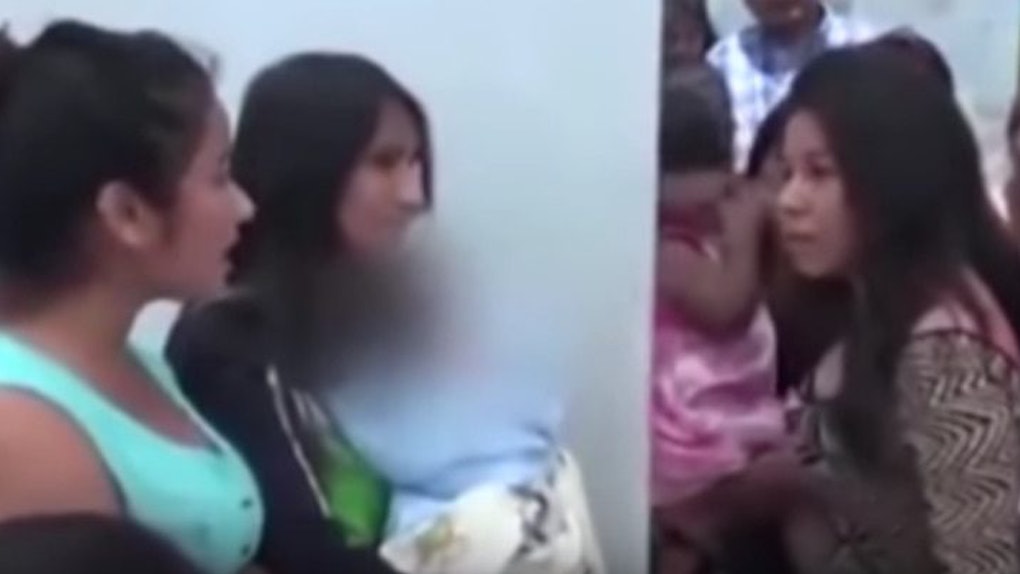 Mistress Crashes Wedding To Claim Groom Is Her Son's Dad

I've said it before, and I'll say it again: Weddings are becoming more and more awkward EVERY DAMN DAY.

Shortly after, I was proven wrong: A groom allowed his best man to strip his wife down to her bra after the wedding ceremony. It made me really, really uncomfortable.

Real talk: I'm no wedding expert. I've only been to a few in my life.

But I can assure you the weirdness hasn't stopped in the world of getting hitched.

A new "WTF Wedding" – I just made that up – recently took place in the Peruvian city of Chimbote, when a mistress interrupted a couple's ceremony and claimed the groom was her child's father, MailOnline reports.

The wedding, which took place in the city's town hall, was put to a short halt when 19-year-old Yeli Fernandez Lozano walked into the gathering with her newborn baby and sister.

She claimed her 2-month-old child belonged to Ever Franco Rojas: the groom who was moments away from marrying his future wife.

Luckily for us, there's a video of the confrontation. Even though I couldn't understand a word being said in the clip, I felt all sorts of "awkward."

Apparently, Lozano wanted to stop Rojas from getting married, but his relatives didn't let her through.

Toward the end of the video, you can see Lozano, her sister and her newborn child being confronted by a female wedding guest.

EEEK. I'm glad I wasn't there.

To avoid meeting the child-bearing 19-year-old, Rojas and his fiancée temporarily left the ceremony. But they soon returned to continue the wedding.

Lozano reportedly spoke to local media about her child:

He didn't want to recognize the child. He found out I was pregnant and ran away, and married someone else.

Her sister then gave more details about their history, and allegedly stated,

He has to recognize his son. It's true that he's getting married. But the kid is 2 months old and he doesn't even pay child support.

Lozano, it looks like you dodged a bullet. That guy is NO GOOD.

If what she claims is true, I have a feeling she'll be a great mother. I do hope she gets over the utter embarrassment and awkwardness she endured during the wedding, though.