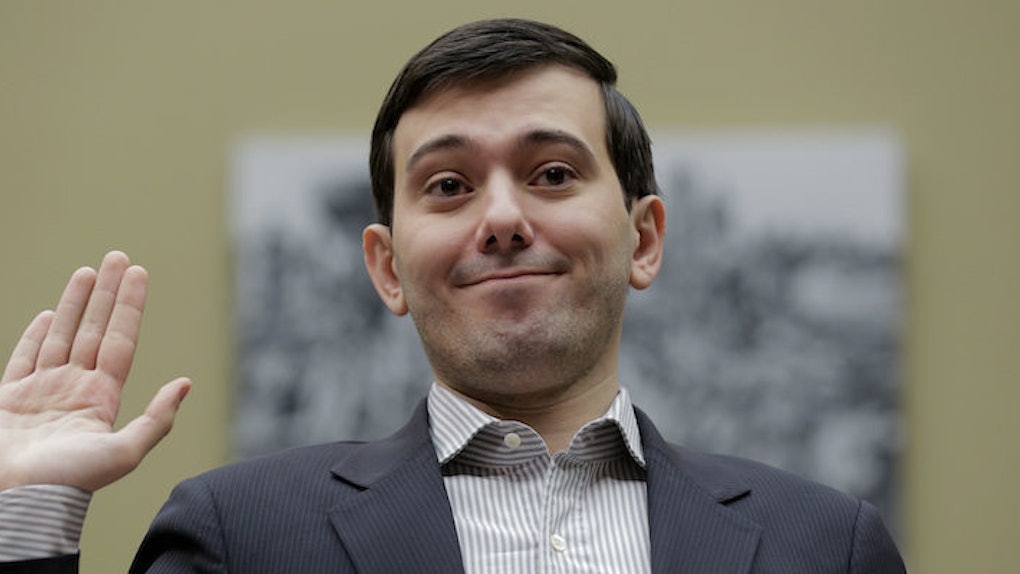 Martin Shkreli Just Endorsed The Most Obvious Candidate For President

Yep, Martin Shkreli, the so-called most hated man in America, decided to weigh in on the 2016 US presidential elections, and he endorsed exactly whom you think he would endorse.

And then, Shkreli tweeted back at the parody account.

All of these tweets are important because they set the stage for a hilarious Twitter rant, and they also are the perfect examples to show why Shkreli endorsed Trump in the first place.

So, in case you don't remember why Shkreli's endorsement of Donald Trump makes perfect sense, let me show you some of Shkreli's tweets from after his endorsement.

Shkreli trolls like Trump. After people pointed out he tweeted at a parody account, Shkreli attempted to play the whole thing off as a joke.

According to the report from the tweet cited in Shkreli's last tweet, this whole endorsement was Shkreli's attempt at "just trying to get a ruse out of people."

But wait, this tweetastrophe from the self-proclaimed "best troll on the planet" is just getting started.

It was only a matter of time until the focus drifted toward Shkreli himself and the Internet's and media's responses to his endorsement of Trump, with Shkreli trolling the whole way.

Eventually, Shkreli ends up right where you think he would be: arguing he wasn't wrong to do what he did as a pharmaceutical before circling back around to Trump.

Serious or not, your tweets say more about you and your true feelings than any sound bite ever could, Shkrellz.

Is there anyone else out there who uses Twitter in such a way? Is there a person who derives the same kind of joy out of childish attacks as Shkreli does? Is that person Donald Trump? Yes, yes it is, and now Shkreli's endorsement, whether it was a joke or not, should make a little bit more sense.

Shkreli made headlines in 2015 as the CEO of a pharmaceutical company that raised the price of one life-saving drug by more than 5,000 percent.