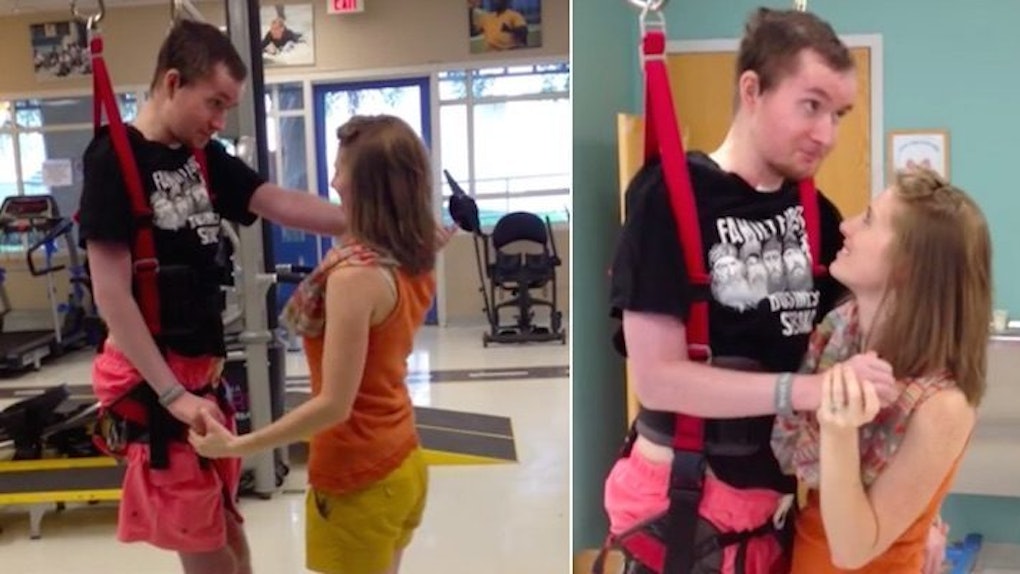 In 2009, Joel Jackson spent several weeks in a coma after his car struck a telephone pole.

When he woke up, doctors informed him this spine had disconnected from his head, leaving the Florida resident paralyzed from the neck down.

According to wife Lauren's blog,

Nearly 6 years ago my husband's family was told that 'his quality of life would be...' you can probably fill in the blank with any negative word you could imagine and it would suit the atmosphere of those days.

The couple stayed strong through incredibly tough times and started to date in 2012. A year later, they solidified their commitment to each other by tying the knot.

It was then that Lauren made Joel a simple promise. She said,

When you can walk, I want you to dance with me.

Six years after that fateful accident, the two shared an improbable dance in the rehab center where Joel has been slowly piecing his life back together.

If I were a crier, this is where I would have been a hot mess. I was just in awe. It was one of those moments that took my breath away.

When people say you can't, it's because they don't understand God CAN! Joel's quality of life might be different than what they would want for themselves, but I'm convinced it's more rich and joyous than they could imagine. It is the little triumphs that our giant steps for us. And for the little things, I am grateful.

Well. It's done. I have no more tear ducts.