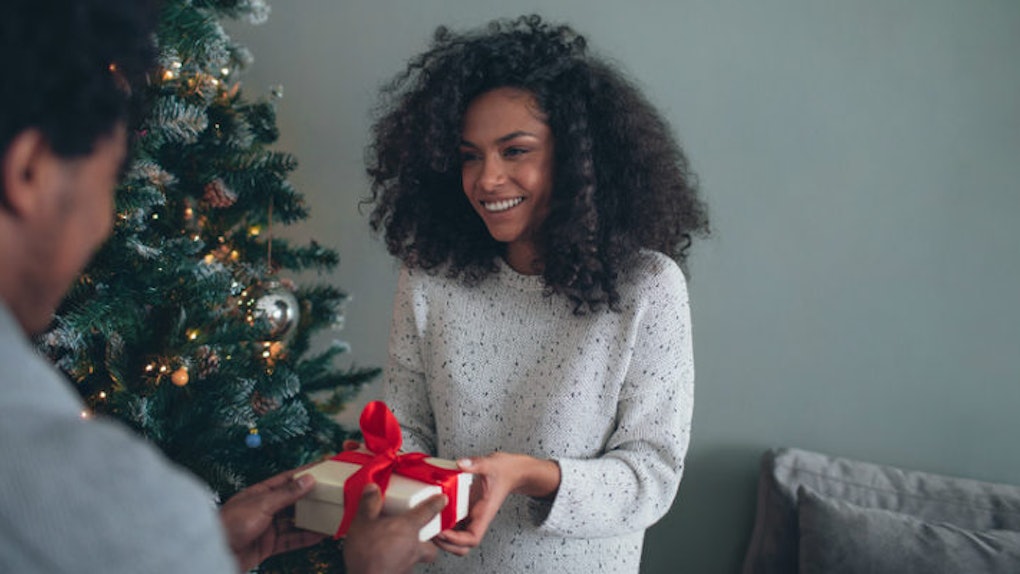 Man's GF Re-Gifting Him His Ex's Present Is Cringeworthy

We've all received a present we knew was re-gifted, and one we were forced to fake enthusiasm for. Did you hear about the kid who "loved" his toilet paper Christmas gift?

I know for a fact that peaches and cream scented body lotion did not make you think of me -- plus, I saw that gift set in your closet when I was "housesitting" for you six months ago, Suzanne.

That said, who hasn't been guilty of re-gifting? Normally, the act is done to a casual acquaintance or a cousin you forgot existed though, certainly not your significant other.

It should go without saying if you've seen someone naked, they probably deserve a nice, thoughtful gift.

Reddit user durpojones recently asked what the worst last minute gift people ever received was, and users did not disappoint.

Poor RickDangler told this horror story about his girlfriend:

Second of all, it was already his?! You weren't even giving a gift that was originally yours -- you went and gave him something he already owned.

Third... honey, you gotta check for notes. What is this? Amateur hour?

What are your girlfriends trying to tell you, RickDangler? Just polish your damn scuffed shoes.

This is newtfig's classic mistake.

Honestly, it's a totally useful gift.

One time, I wrapped an empty ring box for my mom. At least, newtfig's mom could use her present, and it was probably far less disappointing.

I'm not even mad at this one. It's pretty adorable.

As an adult, you always want to get new socks. Not so much for toxicbox.

So, with Christmas and Hanukkah being just a few days away, you still have time to run to a store and actually buy something your loved ones will actually enjoy.

Fight the crowds, especially if you're thinking of re-gifting your boyfriend something he already owns.