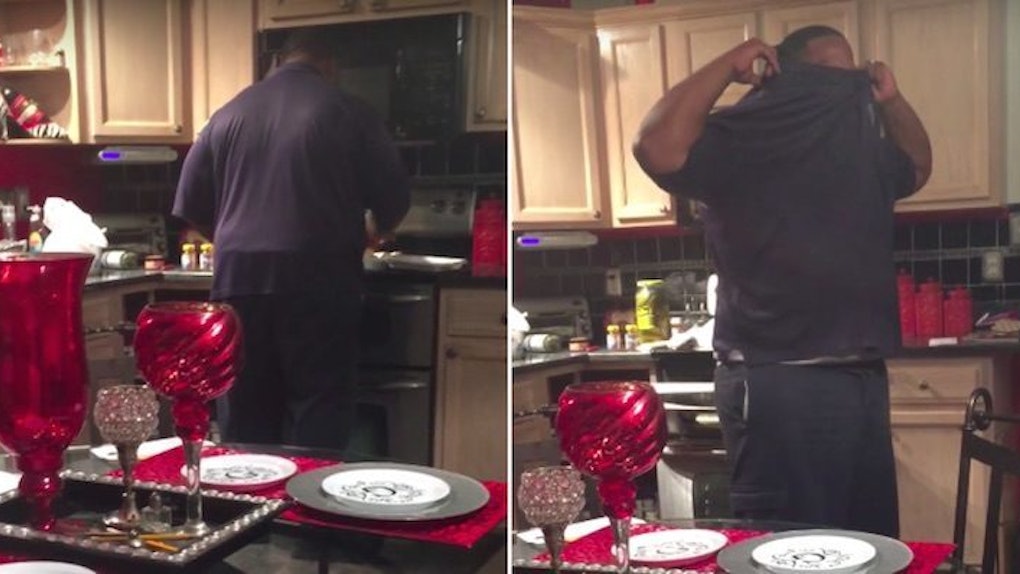 Watching Arkell Graves go from finding out there was nothing in the oven to realizing he's going to be a father will be the highlight of your week.

Kudos to Arkell for figuring out his wife, Dana Griffin-Graves, was pregnant that fast.

He put together the connection of what she said in six seconds flat.

It would have taken me a few tries to understand what my hypothetical wife was getting at if I was in that scenario.

In fact, I'm willing to bet if this conversation happened in most households it would be 10 minutes of the guy trying to figure out where the food in the oven is, one minute of the wife telling him she is pregnant and then 10 more minutes of him going, “That's cool, honey. I'll hug you in a second. I'm trying to find this oven food you promised.”

Citations: Dinwiddie man breaks down when he learns he's going to be a dad (WRIC)