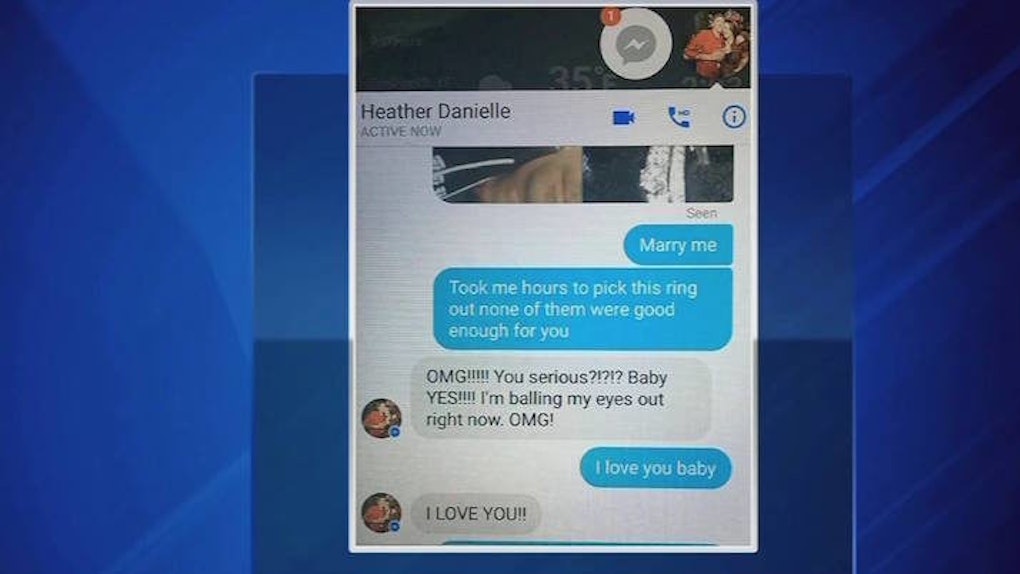 For the past week, everyone in my hometown has been talking about two things: the weather causing travel delays (specifically at airports) and proposals. So many holiday proposals.

One man from Arizona, however, just combined the two of them.

Danny Roderique was on the way back to Phoenix when delays forced him to stay at Chicago's O'Hare International Airport for 50 hours. Yep, 50 hours. Definitely not jealous of that.

Apparently, Roderique planned to propose to his girlfriend when he got home, but according to ABC News, he just could not stand to wait any longer. And, in possibly the least romantic, most Millennial way possible, he popped the question over (what appears to be) a Facebook or text message.

I guess it's better than being proposed to in front of your parents, uncles, aunts, siblings, cousins, and your second, third and fourth cousins?

Citations: Man Proposes to His Girlfriend Via Facebook Message While Stranded at the Airport (Cosmopolitan)