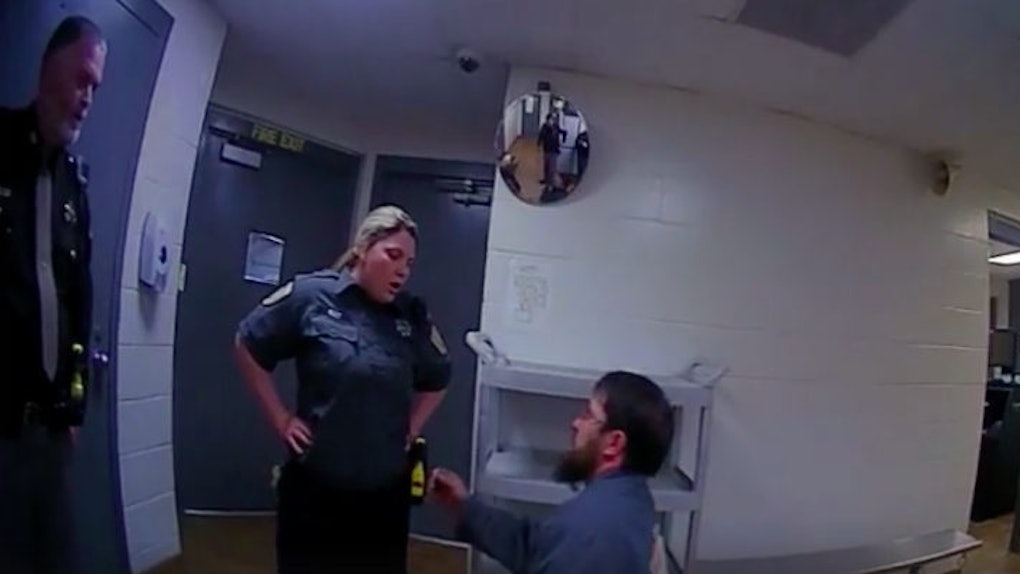 I imagine one of the worst fears a correction officer could have would be showing up to work to find your significant other has been arrested.

I'm sure they've had to experience their drunk uncle being arrested before -- but the love of your life? That's tough.

But that is exactly what happened to Amber Kult, a Nebraska corrections officer, when her boyfriend Cameron Dean showed up at the Washington County Jail.

Except Dean didn't actually fight Johnny Law -- he faked his arrest so he could propose to her, and it's all documented on the officer's body camera.

Marriage is, after all, a life sentence for some.

Deputies with the Sheriff's Office helped Dean out by picking him up in a police cruiser and placing him in the back at Long's OK Tire Pros. Then, they drove him to where his girlfriend worked.

The officer even called in an "arrest" to dispatch.

Kult was not only shocked by her boyfriend's presence at the county jail, she looked pretty displeased too. When she saw it was her boyfriend getting out of the cruiser, she said,

I can only imagine what was going through her head when her boyfriend showed up in handcuffs... probably something like, "How am I going to explain this to my higher-ups?"

Or maybe she was thinking, "Can I still date him even if I'm his correction officer? That is 100 percent a crime, right?"

It would certainly be a conflict of interest.

Thankfully for Kult, Dean got down on one knee and proposed to her when the handcuffs were removed from him.

Personally, I would still be so shocked he showed up in handcuffs that I would have said "No, I can't date a criminal." But Kult seems to be quicker on the uptake than I am.

Citations: Man Gets Himself 'Arrested' To Propose To His Corrections Officer Girlfriend — See The Smooth Criminal Pop The Question! (Perez Hilton)