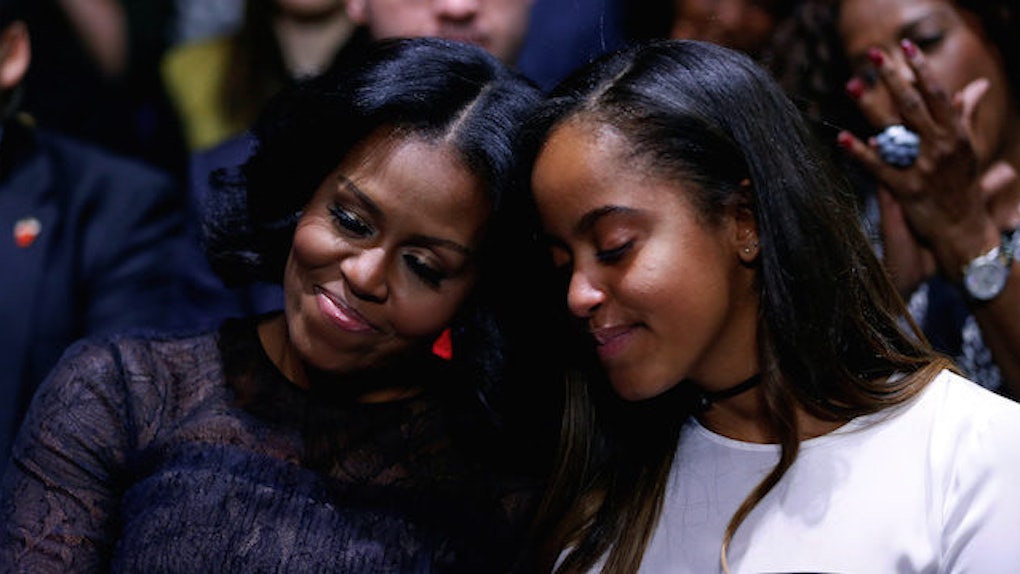 Earlier in the week, America bid a tearful goodbye to Barack Obama as he delivered one last powerful message as the nation's 44th president.

If you tuned in to watch President Obama's farewell address, you may have noticed the president wasn't the only one who made a lasting impression on our minds.

During the speech, Obama brought his daughters into the spotlight – while simultaneously making all of America cry its eyes out – when he said,

Malia and Sasha, under the strangest of circumstances, you have become two amazing young women, smart and beautiful, but more importantly, kind and thoughtful and full of passion. You wore the burden of years in the spotlight so easily. Of all that I've done in my life, I'm most proud to be your dad.

However, it appears Malia Obama, in particular, really captured the nation's attention, thanks to the stylish ensemble she selected for the occasion.

Fashionistas across the nation immediately took notice of the velvet choker wrapped around Malia's neck at her father's farewell address.

No, really: A lot of people are saying Malia Obama's choker low-key stole the show.

Her adorable outfit made many Americans ask themselves, "What would Malia wear?"

And her choker gave women across the country a newfound sense of hope for the future of '90s trends.

Now, a variety of digital jewelry shops are commending her for making such a great fashion statement at the farewell address by selling "Malia" choker necklaces.

That's right: Malia Obama just got a viral fashion trend named after her, thanks to her infamous velvet choker.

The trendy "Malia" chokers have popped up on a variety of websites that range from established online retailers like Francesca's to small jewelry sellers on Etsy.

While there's no word yet on whether this is a strange coincidence or a marketing ploy to bring back '90s styles, it's great news for anyone who loves these edgy accessories.

Now, here's the question we're all secretly dying to know the answer to: