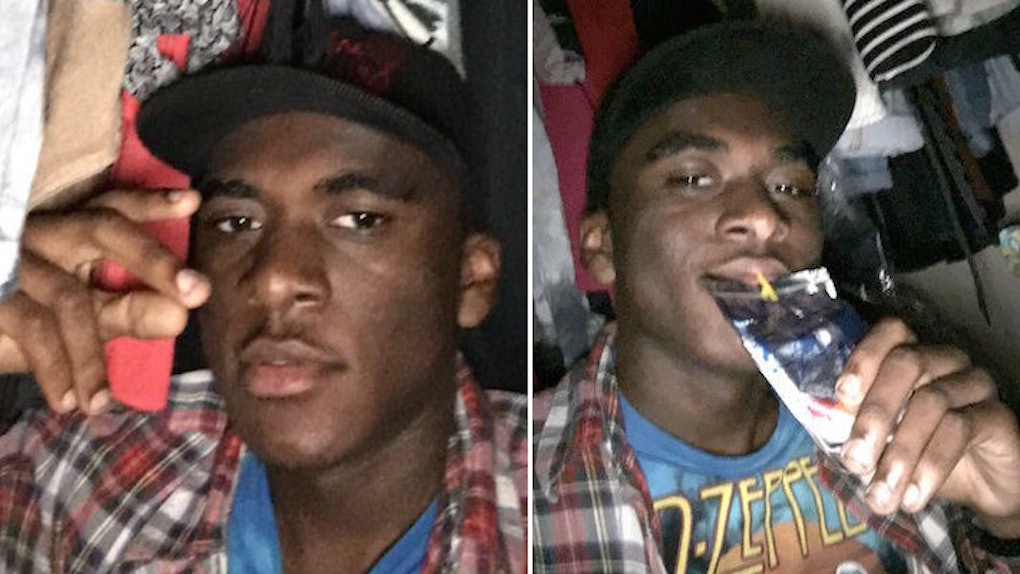 This guy's Twitter story of hiding in a closet after the boyfriend of the woman he was apparently hooking up with comes home deserves an Emmy.

There are really two ways situations like this usually end.

One is straight-up murder.

The other is it becomes a mythical hilarious story that gets told over and over at parties despite there being zero proof it actually happened.

That's the cool thing about social media, though. Everything is documented. You can now always call BS on stories just by asking why someone didn't Snapchat or Vine the alleged crazy thing that happened.

You know why nobody attempted to make a Millennial-age version of Homer's "Odyssey"? It's because the second this new Homer came home and started telling his story, someone would be like, "Oh yeah, why isn't that sh*t on Instagram?" and Homer would be caught in a lie.

His wife would then leave him, and Homer's REAL odyssey would just be a Honda Odyssey that he uses to see his kids on the weekends.

Miles, the guy who sent out the below tweets, deserves some sort of award for reporting from the front lines. Gripping doesn't even begin to describe the magic behind this visual story.

Things start off with a BANG.

I'm over this girl's crib in Madison and her man here. I got a charger and her wifi I'm coolin. Update soon pic.twitter.com/nHarYdPAAu — brad pitt adopted me (@mileskwhitmore) May 16, 2016

Update: she asked me what I wanted to eat but for now she brought me a Capri Sun pic.twitter.com/ThXHnZXGjJ — brad pitt adopted me (@mileskwhitmore) May 16, 2016

The common theme of these tweets is hospitality wise, the woman he was presumably cheating with was like a human all-you-can-eat buffet.

11:00 CST: Bruh her fridge hella stocked but you already know what a man went for. pic.twitter.com/5vhbdOtf1Q — brad pitt adopted me (@mileskwhitmore) May 16, 2016

12:10 CST: Road to freedom. Glory to God for keeping me out of harms way. this Diana Ross too nice bruh pic.twitter.com/x8LyHKCFXk — brad pitt adopted me (@mileskwhitmore) May 16, 2016

This guy deserves a seven-series movie deal, all directed by that guy who directed "Taken."