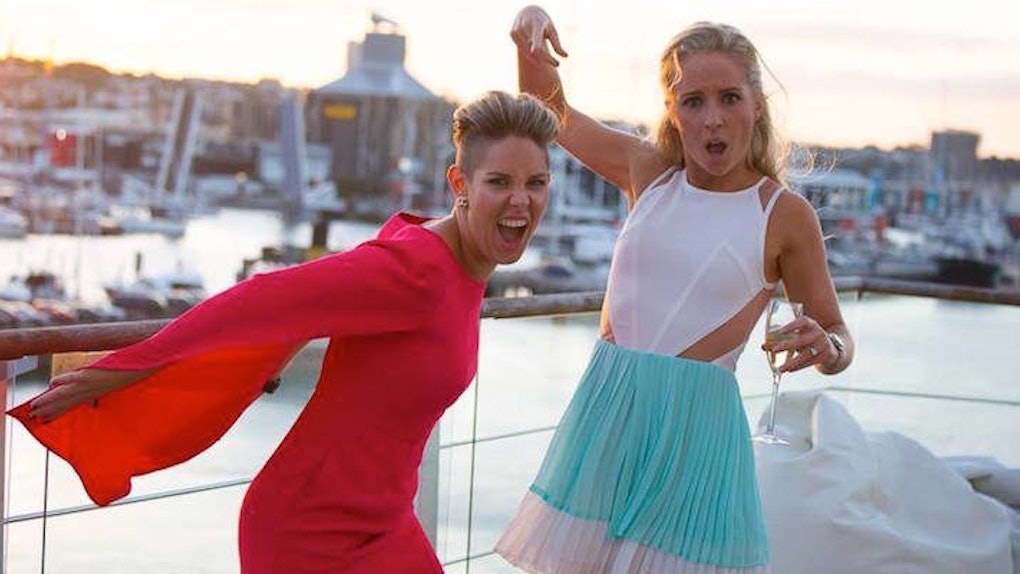 Social media has really changed the way the world works.

Sure, it's still a great way to stalk an ex, hate on that jerk from the eighth grade and stay in touch with old friends, but Facebook, it seems, has become much more than just connecting with your buddies.

It's also become a place where people advertise for their direct-to-buyer companies, or in this couple's case, a place to advertise for a sperm donor.

Ashleigh Habgood and Alley Williams, a couple from New Zealand, found everlasting love with each other when they were just 15 years old.

The couple has since tied the knot but is now hoping to add to their family with a baby. The only trouble is, New Zealand has a serious shortage of sperm donors.

So, the women took to Facebook and posted a "wanted" ad of sorts.

Some of you may have noticed that we are a same sex couple, (though I have occasionally been called 'Sir' in public) and therefore we lack a vital ingredient for baby making. But why do we need to do this, you may ask… Aren't there organisations for this kind of thing?? Well, yeah there are and we are on the list but…there is a SERIOUS sperm shortage in this country. At this point, it takes 18 months to get to the top of the sperm donor list and then, if you're lucky, you get a choice of 3 donors. Not ideal. We are also looking into adoption but would love to give birth to our own chidlet as well.

The couple is hoping to find a man who is intelligent and has no desire to be a father; he should be younger than 45 and preferably non-white.

THIS IS NOT A HACK: So... Alley and I have been tossing up whether to put this on Facebook and there will be many... Posted by Ashleigh Habgood on Saturday, October 24, 2015

The couple is still on the hunt for some good genes, so if you have some and are willing to share, send them a message on Facebook and make their baby dreams come true.