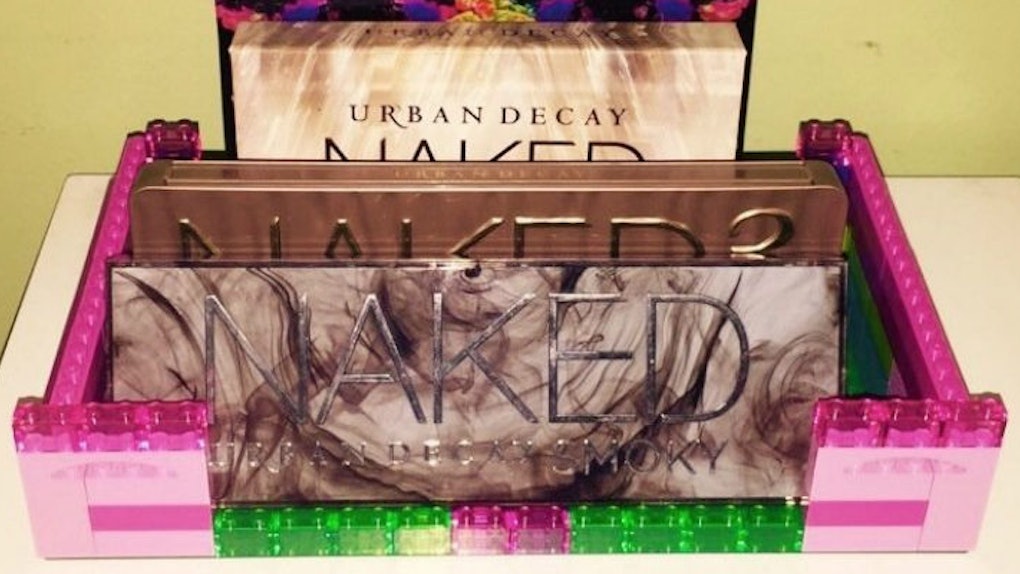 I assume boyfriends are always doing adorable things for their girlfriends. I assume, because I haven't had one in eight years.

But I do know my makeup, which has failed to attract a male mate, does get out of hand. It's always all over my bathroom countertops, spilling over into every aspect of my life and storage.

If only I had an adorable boyfriend to solve this problem using Legos.

Look at this beautiful structure.

The transparent pink bricks mesh beautifully with the green. It's such a gorgeous color palette to organize her face's color palettes.

The lucky girlfriend posted on Reddit that her boyfriend built her this palette display, which is the epitome of romance. What guy thinks of his girlfriend when presented with a bunch of Legos?

A PERFECT MAN, THAT'S WHO.

Personally, I don't have any Legos lying around to build myself a makeup display case (because I'm not waiting for some MAN to come do it for me. #feminism).

I may have to run out and purchase some.

I have sent this image to every person I have met on Tinder with the caption "If you build it, I will come."

It has been several minutes, and all I have to show for it are numerous restraining orders.

Other Reddit users are now putting their loved ones to work.

He even made her a Lego holder for her lipstick.

The dog butt is a wonderful addition to the structure. He even spent time building her a flower.

When's the last time you were even given real flowers? I suspect the next time that happens for me will be at my funeral, after I die alone.

Jokes aside, it looks like this Redditor has a total keeper when it comes to her boyfriend!