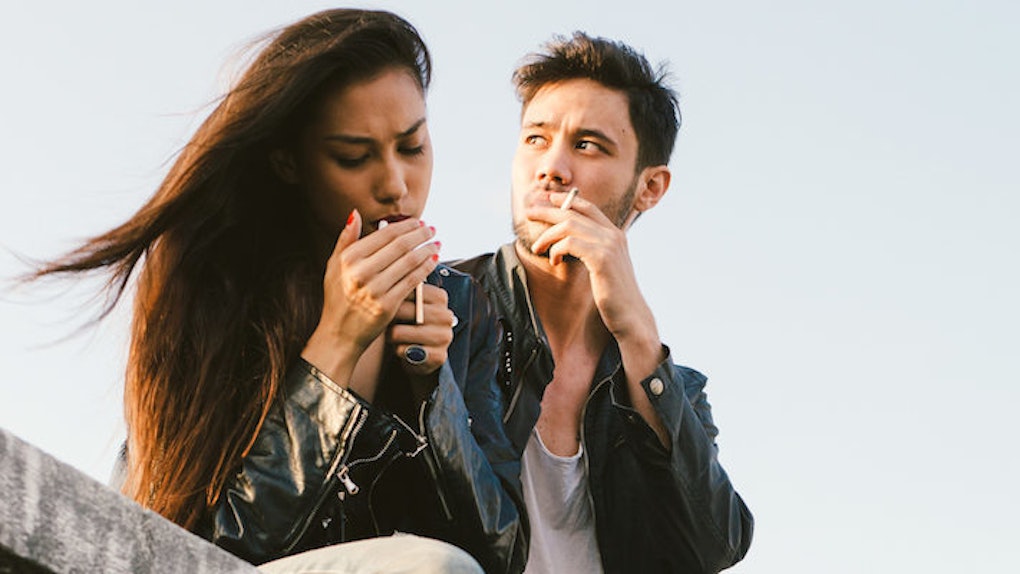 Teenage Wisdom: 5 Ways I Learned From Living Out My Rebellious Years

The three years between the ages of 15 and 18 were treacherous. Navigating life as a teenager is simply not an easy thing to do.

So, naturally, my undeveloped brain and I decided to make life a little more difficult, by rebelling in ways that would still haunt me 10 years later.

Being rebellious in my teenage years forced me to learn about the world much more quickly and much more harshly than I would have if I had never snuck out of my parents' perfectly safe and nurturing home on so many of those hot summer nights.

However, along with the bad memories, there have come a few invaluable lessons that, in hindsight, I’m glad I learned early.

Heartbreak and pain always teach us great lessons, but when that pain is self-inflicted, they seem to stick a little bit more.

Since throwing yourself into a world of trouble means you most certainly will learn lessons the hard way, allow me to spare you some of the torment by telling you about the five lessons you’re guaranteed to learn from a teenage rebellion:

1. You don’t have to do something just because all of your friends are.

Like the holes in Kendall Jenner’s nipples will always serve as a reminder of her own rebellion, the tiny hole just above my belly button is a physical representation of one of the most important lessons I learned from my teenage rebellion: Never do anything just because other people are doing it.

Because 10 years later, no one will be piercing that body part anymore, and you’re likely to regret those oddly-placed holes.

2. You don’t owe anybody anything.

There was more than one time where I climbed out of my bedroom window at 2 am because someone else wanted me to (even rebellious teens like their sleep).

After getting grounded on and off for about two years, I finally learned just how wrong it is to feel as though you have to do something for someone else. Everyone is bound to make a poor decision or two during a rebellious phase, in order to do someone else a favor.

There’s just one problem with that...

3. No one owes you anything.

And most of the time, no one is going to do you any favors. At least, not about things that truly matter.

After you get burned by “friend” after “friend,” you begin to learn that the people you’re breaking the rules for simply won’t do the same for you. (Think Alex and Piper of "OITNB" if you need some more inspo.)

People don’t HAVE to be there for you, and sadly, a teenage rebellion helps you learn pretty quickly that many of them won’t be.

Despite my personal inconsistency, the best people in my life were there for me throughout the rollercoaster that was my teenage years. In fact, they're still there for me today.

While some of my “friends” dropped like flies at the first sign of trouble, my best friends have always stood beside me.

Although it may make your shell a little tougher, going through a teenage rebellion teaches you to stand guard against others and take note of their actions, not just their words.

The biggest lesson your rebellious years teach you is you have to make a choice in life: You can either spend your time worrying about what other people think of you, or you can worry about what you think of you.

But you DO NOT have enough energy to do both.

During those three years, I learned to focus on my own opinion of myself. I learned the hard way that nothing puts rumors to bed faster than knowing your own truth and not being afraid to speak up about it.

Through a teenage rebellion, you’re guaranteed to learn, in a painful way, to take care of your number one: YOU.