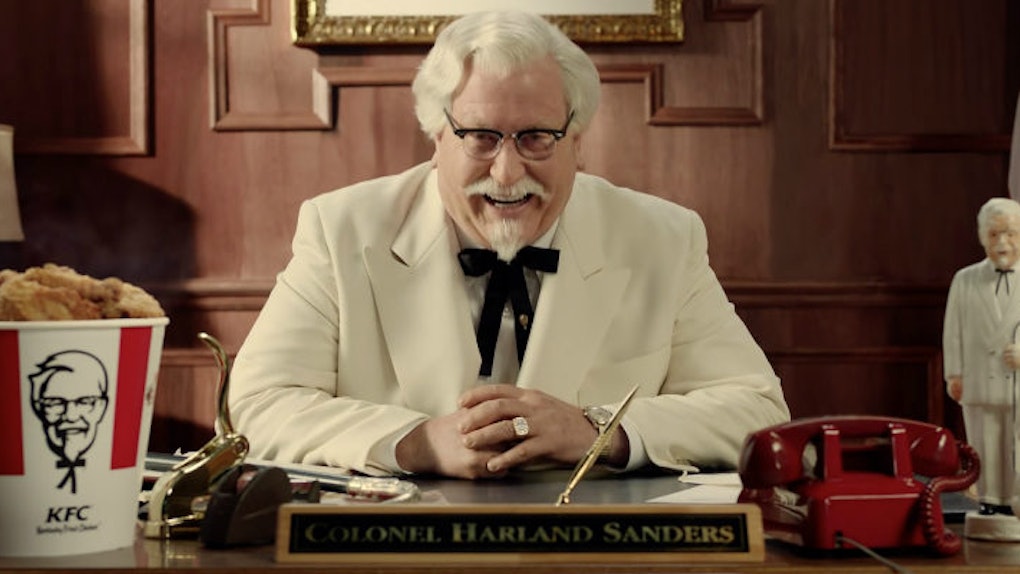 KFC Accepts Customer's Coupon He Had Since 1986

If you have a bunch of old fast food coupons lying around, you might want to hold on to them.

Usually, you'd be urged to throw them out along with the absurd amount of receipts you've collected over the years.

However, one man's magical story about KFC validating his decades-old coupon will make you think twice about tossing out those old vouchers.

A man from North Carolina named Paul Boyd got the deal of a lifetime when he presented the cashier at a KFC in Marion, North Carolina with a 30-year-old coupon.

No, I'm not kidding. Boyd actually kept a KFC coupon in his wallet for three whole decades.

Still, the KFC acknowledged his ancient coupon to be valid despite its expiration date of December 31, 1986.

I just saw the date, and I thought it was neat. Thirty years ago, KFC was the only show in town. I thought about how much different Marion looked 30 years ago. It's been kind of a conversation piece since then. My wife says I never throw anything away.

Now, this wasn't just any ole coupon. Boyd, a local pastor in Marion, had a "Tuesday Special Club" coupon that allowed him to purchase a three-piece meal on any Tuesday for only $2.59.

Instead of turning the man away and perhaps laughing off his 30-year-old coupon, the KFC decided to deem it as valid and gave him the meal for $2.59, which would actually cost $8.53 today.

Paul Platt, the assistant manager at the KFC Boyd went to, told reporters,

We're always going to honor any (KFC) coupon that comes across our path.

And by "any," he means any, obviously.

I guess the Colonel's hospitality lasts forever (no matter how outdated your coupon is). Now, that's "finger lickin' good!"