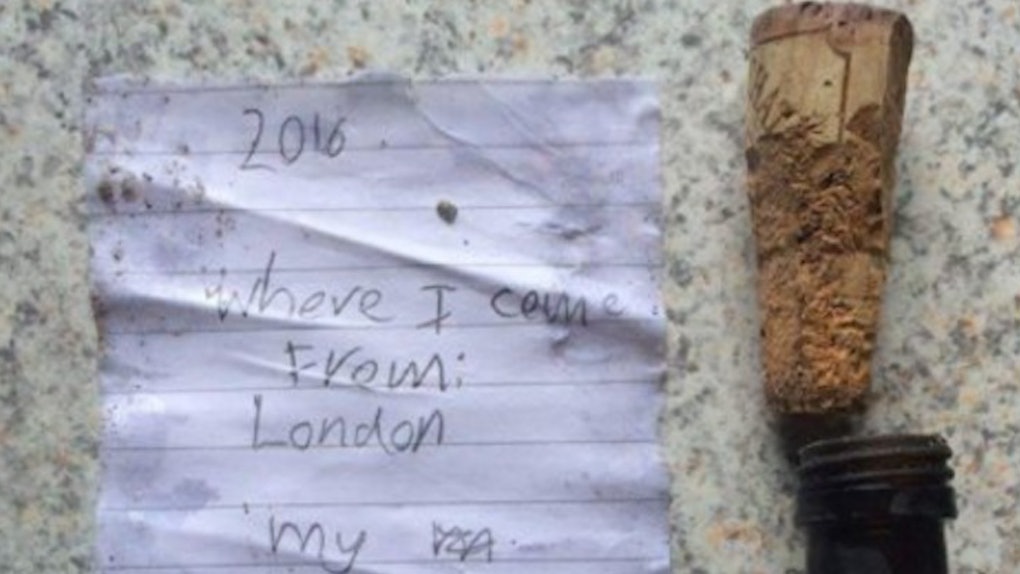 This is the best kind of story. No one gets hurt, and there's a good mystery involved.

The world wide web is coming together to help find the kid who wrote this message, put it in a bottle and threw it in the water.

No one knows exactly where the bottle started its journey, but it was somewhere in England. And it ended up in Denmark.

So formal. So blunt. Time is precious for this 6-year-old.

Anyone know Freddy Marr age 6 from London so we can let him know his msg was found in Denmark?

Someone found the bottle and posted the message on Imgur. He wrote,

Anyone know Freddy Marr age 6 from London so we can let him know his msg was found in Denmark?

The mystery has sent Twitter into a frenzy. Now, Londoners are hard at work to find Freddy.

FREDDY! Where you at, bro?