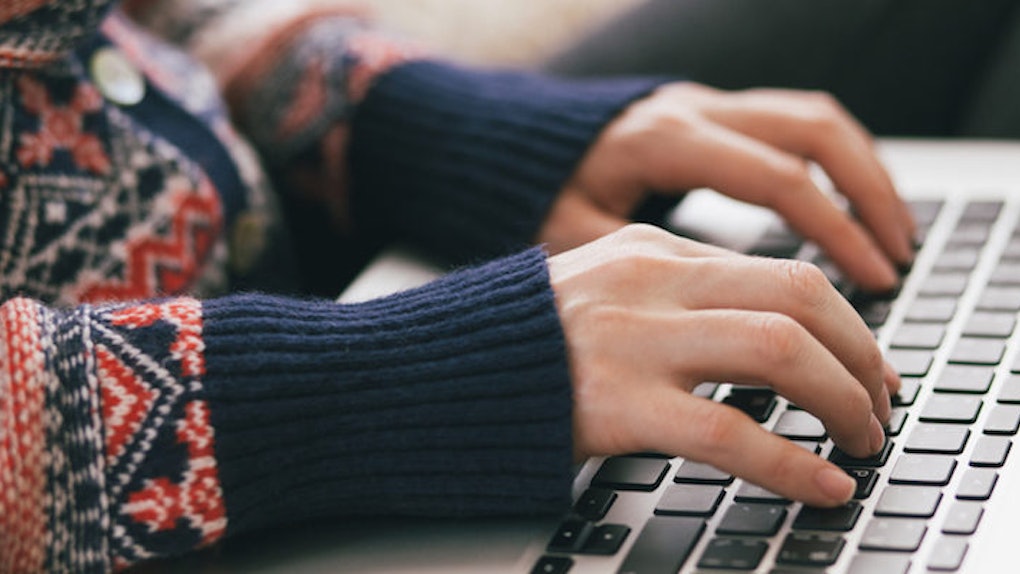 How To Fact Check News Before Sharing It On Facebook

Thanks to the internet, we now have all the information we need at our fingertips. All you need is some wifi and a relatively inexpensive piece of equipment and you can research anything you'd like.

Data in the wrong hands, however, can be dangerous. Living in the information age can sometimes feel like a constant barrage of text, and not all the information you get can be true.

That feeling is more real than ever thanks to our recent presidential election.

Telling a lie in order to get attention, views or money isn't anything new. MSNBC  reported on a parody post on Al Sharpton's blog as fact "by accident" back in 2007.

Unfortunately, it's profitable to create clickbait and entice a person to your website.

However, that's gone one step further with the creation of fake news.  Fake news comes in the following categories:

2.) News with a destructive purpose (i.e. for defamation of a person's character).

3.) Others reporting news from a third party, which happens to be partially or completely false.

The origin of a particular news story can easily be lost, making it harder to decipher the truth, especially if countless others are also sharing that same news.

In light of the recent election, people have been twisting stories in favor of their candidate. Sometimes, people have even gone so far as to entirely fabricate their stories to gain attention or validate their cause.

Here are just a few fake stories that caught the attention of a massive amount of people: Donald Trump Protester Speaks Out: "I Was Paid $3,500 To Protest Trump's Rally," Denzel Washington Backs Trump in the Most Epic Way and The Clintons are Finished Forever After Dirty Picture LEAKS! (NSFW)

Facebook plays a big part of this. Facebook is a source of news for 30 percent of US adults. It's now a huge influencer in what's shared as news in the US.

Due to the promotion (algorithmically) of these fake news stories, they appear more frequently or at a higher ranking in your news feed when a person validates something you already expressed a strong belief about.

So, how do we stop fake news from being broadcasted? Well, we can't physically stop people from posting on the internet unless you vote against net neutrality.

You can, however, "let the market decide" and rely on supply and demand by simply checking your work and only sharing honest, valuable information.

How do you do this? Follow these steps in order to fact check what you're reading.  The world will thank you.

If the author has some credibility, he or she will have written something other than just one article.

Do a Google search on a person's name.  If you're looking at an academic article, check the writer against certain peer reviews in the Google Scholar section of Google search.

Also, type .edu or .gov to narrow the search down to only those type of sites. You can also put asterisks in the Google search (for example, "Mark Scott" *).

You can also check this person in academic databases such as EBSCO and JSTOR.

Use a reliable source to check the facts.  Just as you would look up how to spell a word in the Merriam-Webster Dictionary, look up the basis for the argument on reliable and credible sources.

Look at the site and who they sponsor.

If an article is promoting beef and it's sponsored by a beef company, you should be skeptical of its intentions.  Is this article being creative in its advertising or is this a legitimate claim?

Look for the information in other places.

Don't just rely on one source of information.  Make sure you can validate the information.

Check the websites above for validity or check the following sites to find quick results around a popular claim: factcheck.org and snopes.com/category/facts.

This is a no-brainer, but actually reading the article can reveal certain truths about what the person is trying to convey.  If the author leans heavy in a certain direction, or the argument seems to be a bit one-sided, that's probably not by coincidence.

No matter how juicy the story, think about how dumb you'll look if the rumors you're spreading are totally false.  For your own sake, please think before you link, share or type.