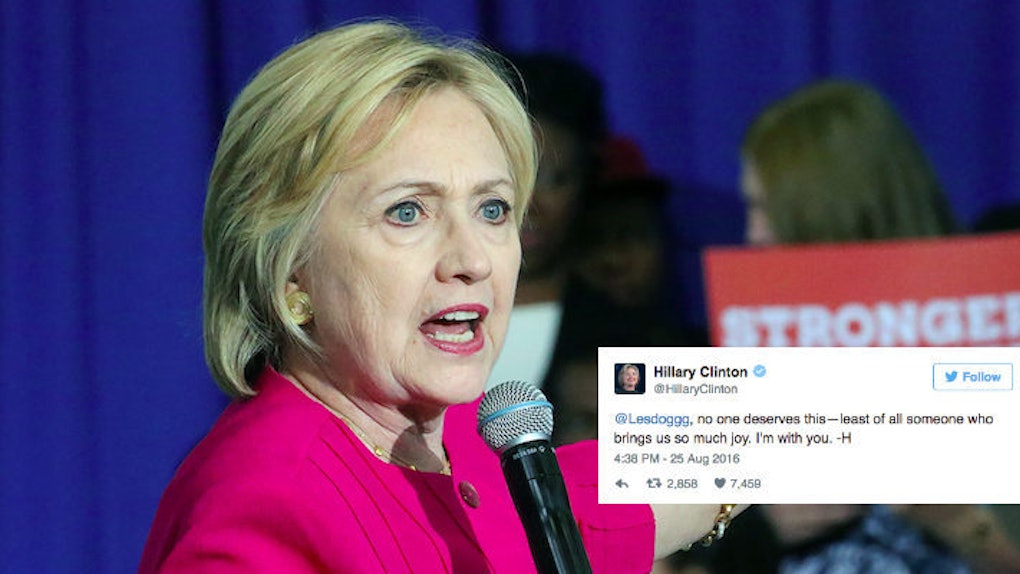 In the wake of Leslie Jones' website being hacked, so many celebs have reached out to her in support during this tough time.

On Wednesday, hackers infiltrated JustLeslie.com and posted explicit photos reportedly of the comedian, pics of her passport and license and a racist video.

In response, the website has been shut down and the Department of Homeland Security is currently investigating. You hear that hackers? You're going to get caught very, very soon.

The investigation is currently ongoing. In order to protect the integrity of the case, no further details are available at this time.

So yeah, justice is in the process of being served. I hope they find whoever did this ASAP.

But if there's a good part of this story, it's the love that Leslie has gotten. She brings laughter and joy to so many, and it's monumentally unfair and cruel that this happened to someone so kind as her.

Well, Democratic candidate Hillary Clinton also shares a deep love of Leslie and even reached out to the "Ghostbusters" actress on Twitter to let her know she's not alone.

I'm sorry, I just need a moment to collect myself.

In a society where one presidential candidate (cough, Donald Trump, cough) has failed to reject the support of racists, it's nice to know that Hillary is not only comparatively a voice of reason but also one of compassion.

Hillary is with Leslie? Well, I'm with them both.