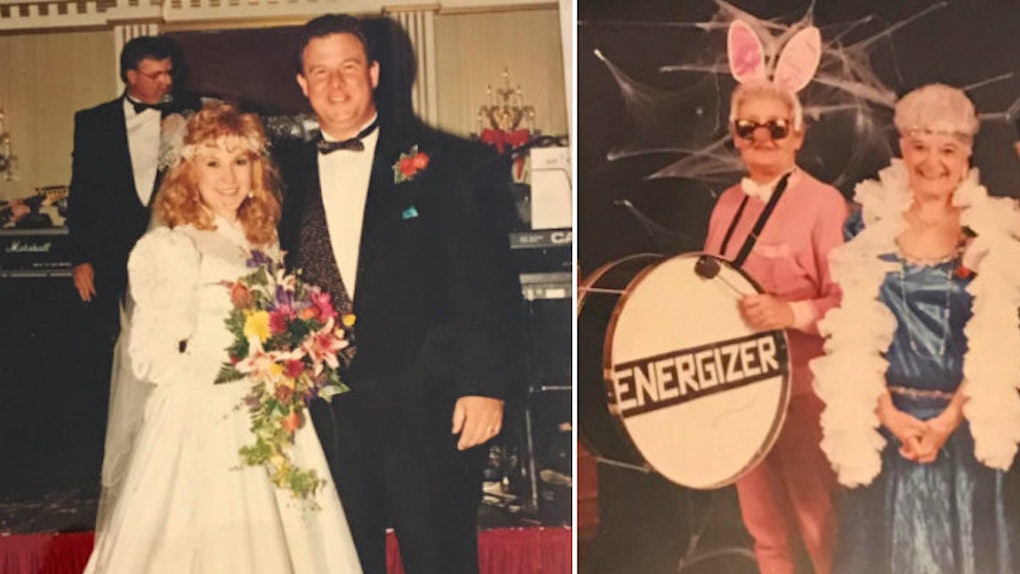 Honestly, this is one of the greatest ideas I think I have ever heard.

In honor of her parent's wedding anniversary on Halloween, Lexie Roessler, 16 and the youngest of seven kids, shared their happy moment on Twitter.

And Twitter has lost their mind over the images from their blissful wedding day.

Way back when, 24 years ago, Lexie's parents didn't want to plan a crazy, big wedding. It was incredibly stressful.

On top of that, Lexie's mom's father passed away not long before the ceremony. Without him there to walk her down the aisle, she wanted to do something different.

So, the couple invited everyone to a Halloween costume party, except -- surprise -- it was also their wedding.

Their friends and family, decked out in some pretty legit costumes, were shocked when they found out that it was so much more than just a costume party.

Imagine the ham sandwich couple at your wedding.

Or picture grandma as the Energizer Bunny?!

My mom and dad had someone dressed as former [Ohio State] coach Woody Hayes explain why my parents were dressed as a bride and groom.

If I was cool enough to be invited to a costume party, I would not be suspicious of copycats.

Growing up, I just thought this was normal. I never thought it was crazy or weird. My parents think it's funny and they're just confused about it.

Here's what her mom had to say about becoming Twitter famous.

Citations: This Couple Turned Their Halloween “Costume Party” Into A Surprise Wedding (Buzzfeed)