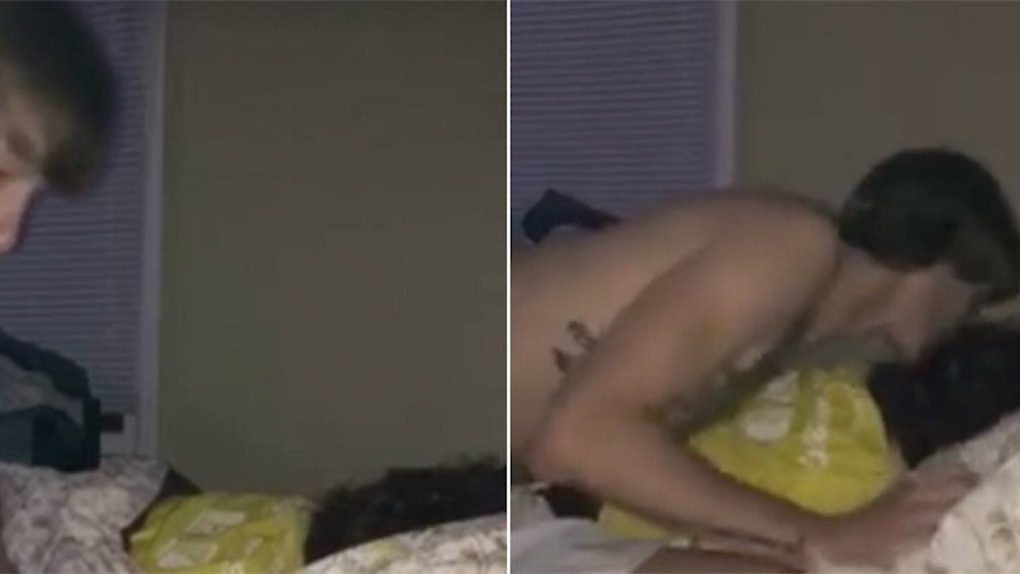 Guy Does This One Thing For His GF Every Night, Proves True Love Exists (Video)

Nothing says true love quite like performing a selfless act for your significant other and then uploading a video of you doing that act to Facebook.

Kortney Reid's struggle with diabetes is not an easy one.

The Pensacola, Florida resident apparently needs to have her blood sugar monitored at all hours of the day, which may be somewhat of an easy task during waking hours, but it becomes a chore when you have to check it in the middle of the night.

Thankfully, she has boyfriend Kylle Cota by her side to make sure her blood is just the right amount of sugary when she's trying to stay asleep.

The only thing sweeter than Kylle's devotion to Kortney is her endocrine system.

"Do you really stay awake until 4 every morning just to make sure your girlfriend's blood sugar is okay?" Posted by Bryan Silva on Sunday, December 27, 2015

The video above apparently features Kylle checking Kortney's blood sugar at 4 am, a nightly ritual he made part of their relationship.

I have insomnia so I really don't sleep much anyways. She doesn't make me check it, I just do because I worry about her constantly. I guess it is a little weird, but I love her. Lol.

Boy, do I dislike this video. Who takes a video of himself checking his girlfriend's blood levels?!?!

Who then takes that video and uploads it to Facebook?!?! Just do something nice, and move on! This is like one of 700 things you shouldn't be sharing on Facebook.

Anyway, at the end of the day, he obviously likes her a lot, and this is kind of a touching video. I hope they last. It's clear he has a type, and it's her.

Citations: Watch This Video If You Want to See What a Man Will Do When He Truly Loves Someone (Cosmopolitan)