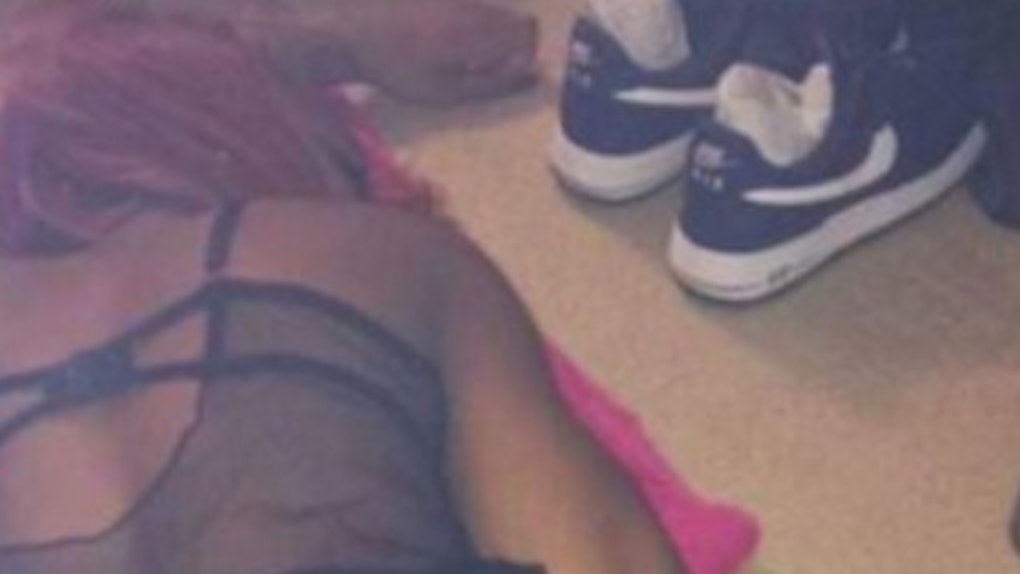 Guy Snapchats Woman Passed Out In Her Own Poop

Scrap that — there are plenty, I just don't know where to start. I need a second.

You see this photo below? It shows a woman in lingerie lying on a floor with a big, steaming pile of poop resting gently on her buttocks.

Let's be blunt about this: There is absolutely no context whatsoever to the photo. But it's currently going viral on social media and, as such, it is our job to report on it with due diligence.

So here's what we know: There is a woman in lingerie on the floor of someone's house — possibly passed out. She's resting on some kind of blanket or pillow, suggesting she's been in that position for some time.

There is a diarrhea on her bum cheeks and upper legs. The photo was taken on Snapchat and shared on social media. And there are Nike sneakers with tissue paper in them next to her head, indicating they are new.

The consistency of said poop is liquid-like, pointing to a poor diet. Can we assume it's been a combination of fried food and alcohol for days on end? Probably.

Also, there's a lot. Like, A LOT. The hot mess is piled alarmingly high. It may have been resting in her bowels for some time now. Three — NO — maybe four days at the most.

There's speculation this took place at a bachelor party, and what we're looking at is a stripper passed out after having one too many. It's possible.

And I'd like to take this opportunity to say, from my own personal experience, people poop themselves when they've had too much to drink. It happens.

But you know what? There are rare occasions where some things are just better left a mystery. I can't help but feel like this is one of them.