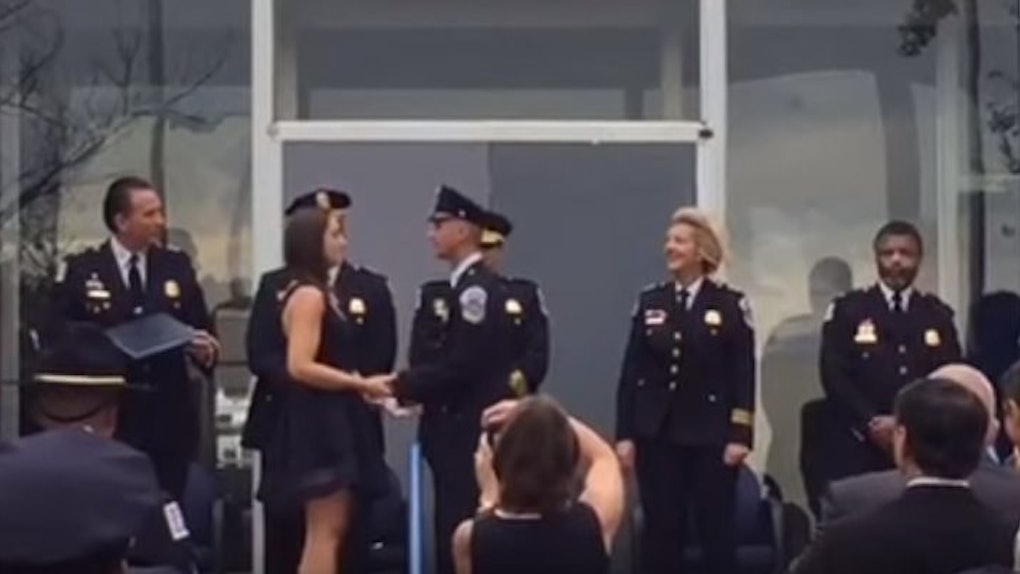 This is cute. It's also kind of a dick move.

Josh Jarvie proposed to his girlfriend, Shana Maschak, during his graduation from the Washington, DC Metropolitan Police Academy, and it's really sweet. But, can we talk about Officer Jordan Katz for a second?

He's the guy who had to get his diploma AFTER Josh Jarvie made this graduation all about himself.

NOT EVERYTHING IS ABOUT YOU, JOSH!

I'm surprised Josh didn't wait to propose to his girlfriend at his best friend's wedding or, like, on the day Adele releases her new album. IT'S A DAY FOR ADELE AND ADELE ALONE, JOSH.