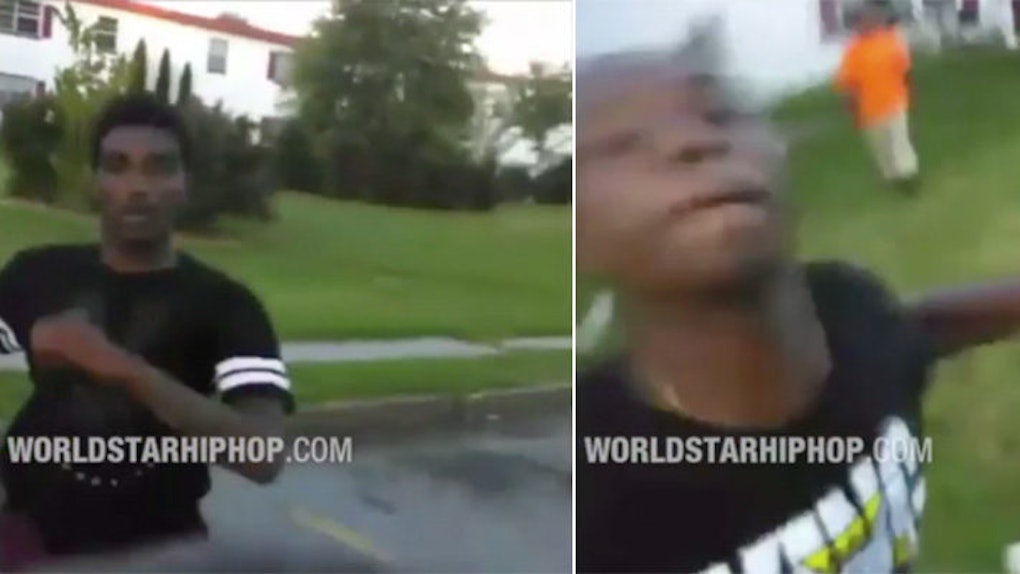 Guy Live-Streams His Fight To Show Off, Ends Up Getting His Ass Kicked Instead

There really isn't a more embarrassing way to get washed in a fight than this.

A guy recently recorded himself talking trash while driving. His apparent intention was to beat up a "young" person. But in the end, he landed up getting his butt handed to him in his own video.

The man does not reveal his name in the video, but he's very clear about why he's visiting the neighborhood: to fight another guy and post the fight on Facebook.

The bearded man clearly wanted to record the fight to show everyone what it "means to fuck with me in the wrong way." After getting out of the car, he continued to record. He kept boasting about the ass-whooping he was about to hand to the kid... or THOUGHT he was about to, at least.

However, before he could even get to his intended target, two of his adversary's friends stepped in. The friends asked why the man was recording before they slowly walked up to him.

This prompted the guy with the phone to attempt to retreat, saying,

Needless to say, the friends did not let him leave. The video ended with the guy getting his butt kicked, all while recording with his own phone.