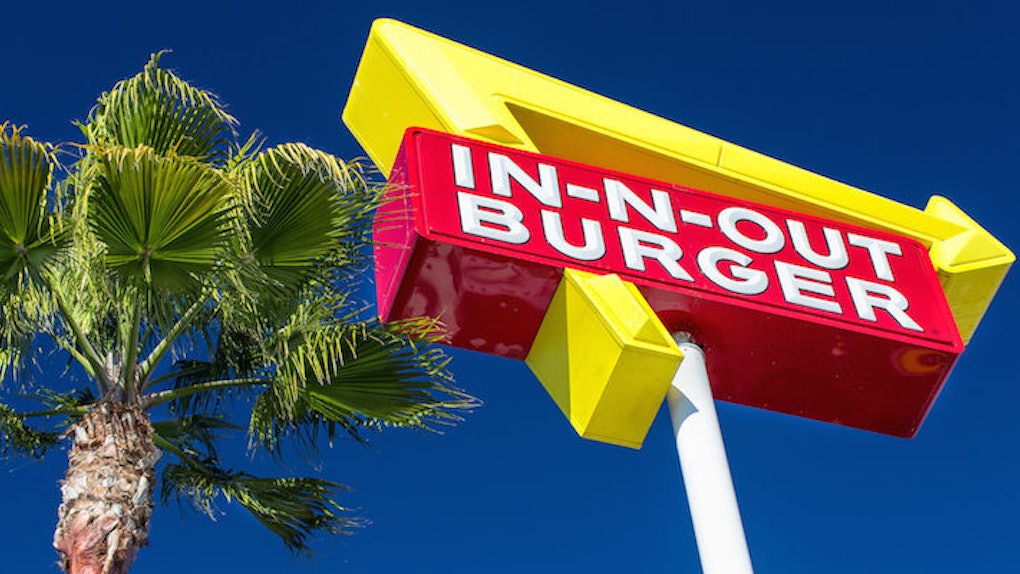 A 20-year-old Californian named Dustin Wang, who has the face of an angel and the arteries of Dick Cheney, is coming off a month of eating a meal from fast food staple In-N-Out Burger every single day.

That's it. Just cheese, meat and fries for 30 days, all documented to answer the one question Dustin had:

Will my love for In-N-Out fade away?

Can someone have too much of his or her favorite thing? Dustin was about to find out.

The rules for the experiment, according to his blog, were simple. He wrote,

1. I must eat at least one In-N-Out meal per day. 2. I must order at least a two patty burger (Double Double or greater) with an order of french fries. 3. I have to do it for 30 days straight, no breaks in between.

Just to put it into perspective, this BLOWS Morgan Spurlock's “Super Size Me” experiment out of the water. For that challenge, eating anything from McDonald's was fair game, a relatively easy feat to accomplish considering McDonald's has a billion different food options.

In-N-Out Burger has like five things on the menu, and Dustin could only eat two of those things.

At the beginning of his experiment, Dustin weighed just 158 pounds.

The whole journey was captured on Vine.

But, 11 days in, delirium started kicking in.

Halfway through, things took a turn for the worse.

Day 23 you can see the undoing of a man.

Here is the weird thing, though. Dustin didn't even screw up his body that much doing this challenge! On his blog, he wrote,

AMAZING. I definitely don't think I'll be able to eat In-N-Out for a good while. I only gained two pounds through the 30 days. My final weight was 160 pounds. I will say although In-N-Out is delicious every once in a while and it's a high quality product, I would not eat it for a month straight again. Please don't try this at home, kids.

You can watch a mini-movie he made here.

Citations: The In N Out Burger Diet Is Not the Next Juice Cleanse (Eater)