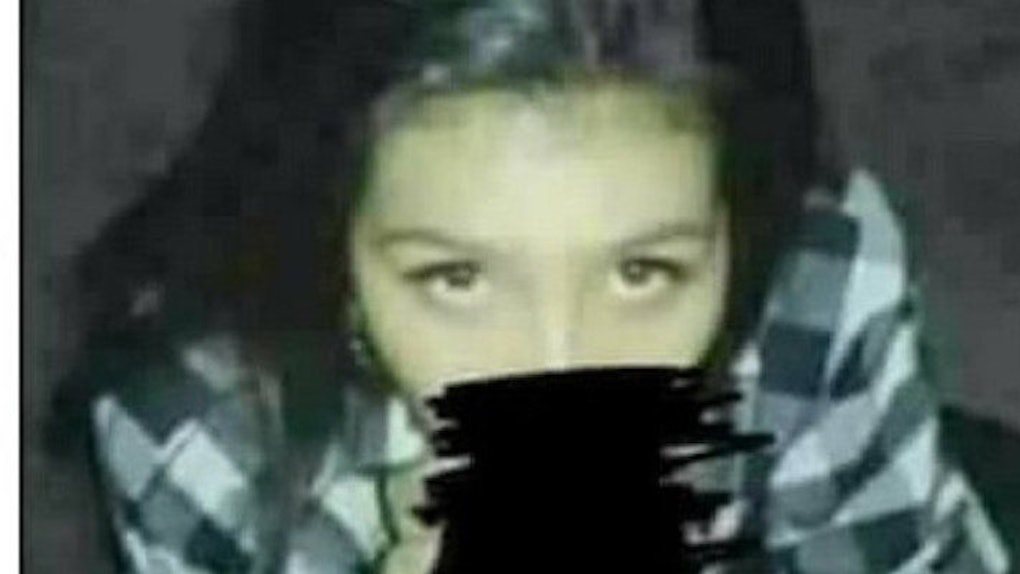 This guy's having some serious trust issues with his girlfriend, and I can't blame him.

They'd promised to go on a journey together starting January 1, but I guess the saying "new year, new you," does not apply to this one. Because a leopard doesn't change its spots — once a cheater, always a cheater.

Luckily, this guy has some loyal friends. Well, loyal enough to catch his girlfriend in the act and send evidence to confirm said cheating. Here it is:

Obviously distressed and angry, the boyfriend plastered the photo on Facebook to publicly out her for her most heinous crime. He wrote,

This is why I have trust issues! She promised she wouldn't cheat again, and assured me that we were in this together. Even though it's very awkward that it's a friend of mine that snapped this photo, I appreciate him sending it to me.

Later, he built up the courage to post the uncensored version of this photo. Warning: It's pretty graphic.

The boyfriend explained to his friends,

This girl promised me she would stick to the diet with me! She's clearly drinking a grape Fanta! I'm through!

Sullied. Their relationship shall be forever sullied by her uncontrollable lust for sugary drinks. For shame.

There he was, probably nibbling at the broccoli and getting his 30 minutes a day on the treadmill, just as they'd planned. All for nothing.

Turns out she hadn't been working late at all — she'd been secretly marching down the aisle of ShopRite loading up her basket with fizzy distrust, guzzling them down in the parking lot while other diet cheaters watch on like some fat-dogging sex ring.

So much for trust. True love is dead, and I blame the fat cats over at Fanta and Coca-Cola. YOU HEAR ME!? I'm coming for you.

Citations: Guy Calls Girlfriend Out On Facebook For “Cheating” But There's A Twist (DudeComedy)