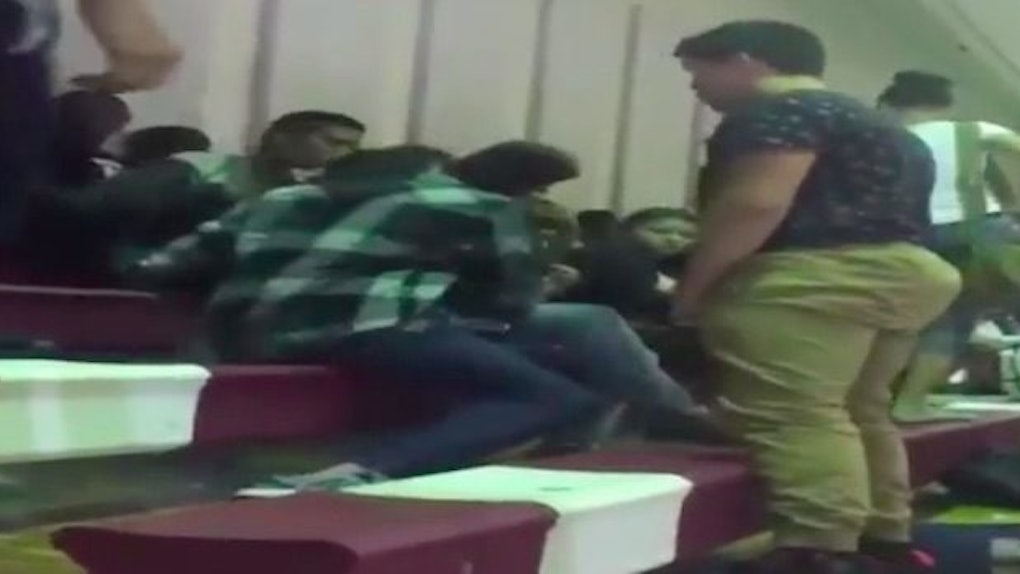 This guy got the crap kicked out of him in public, and it appears he deserved every bit of it.

Aside from committing murder and convincing another guy to invest his life savings in a clear Ponzi scheme, kissing a guy's significant other in front of him is probably one of the worst things one guy can do to another guy.

FORCING a kiss on a woman, a woman who clearly doesn't want to be kissed, in front of the guy she's dating is just asking for your face to become the mayor of Fisttown, USA.

DudeComedy uncovered this YouTube work of justice, and it's perfect.

Don't be a dick to a woman, especially in front of her absurdly strong and angry boyfriend.