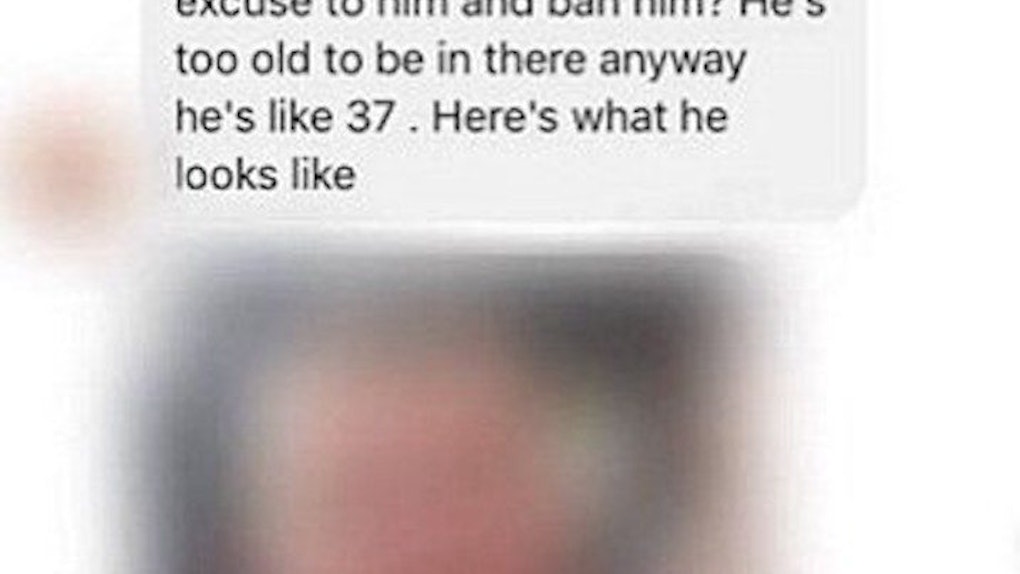 Unexpectedly running into your girlfriend's dad is always awkward.

But you know what's even worse than having to make small talk with your girlfriend's father when you cross paths with him on the street?

Bumping into your girlfriend's dad while trying to chat up girls who are not his daughter at your favorite nightclub, of course.

Recently, one guy became pretty frustrated when he realized his go-to club, Level nightclub in Bolton, had also become a new hangout for his girlfriend's father.

Yeah, talk about a serious buzzkill.

As every guy knows, the presence of your girlfriend's parents can, uh, cramp your style when it comes to  picking up chicks.

So this heartless dude did what any terrible person in his situation would do.

He sent a text to the nightclub boss, begging him to ban his girlfriend's dad because he was putting a damper on his plans to chat with other girls.

The text message from the anonymous partier read,

Random 1 (sic) this, basically my birds dad comes into Level all the time and I can't relax chatting to girls knowing he might be in there. 'Is there anyway you can make an excuse to him and ban him? 'He's too old to be in there anyway he's like 37. Here's what he looks like.

The guy also included the dad's picture so the nightclub boss would be able to identify him.

Unfortunately, the reveler didn't get the response he was looking for.

Instead of seeking out the "old" man and removing him from the club, the boss messaged him back asking if his odd request was some sort of joke, then immediately shut him down by saying, "Hahaha no mate we can't do that."

If that's not bad enough, the boss also decided to share this guy's message with the world.

After blurring out the sender's name and the dad's photo, the nightclub boss posted the conversation on Level's Facebook page along with the caption, "Nah I'm not having this, surely it's a wind up."

I guess this dude will just have to find a new bar if he wants to cheat on his girlfriend in peace.

Citations: 'He's too old to be in there anyway, he's like 37': Young reveller asks nightclub bosses to ban his girlfriend's father because the man is cramping his style with the ladies (Daily Mail)