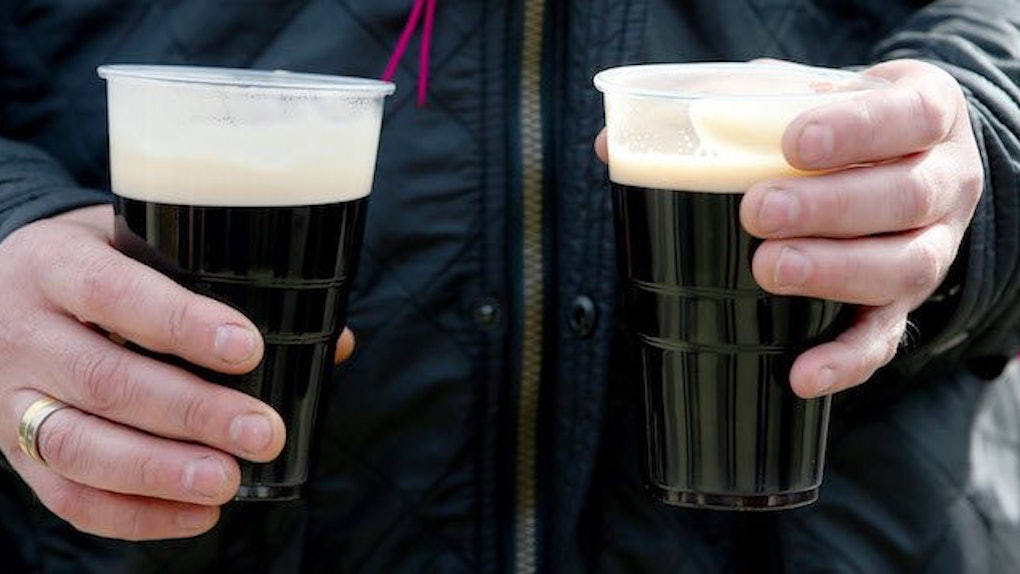 Guinness Has Fewer Calories Than Budweiser And Corona

It's the one day of the year where it's socially acceptable to wear loads of green, turn up to the bar whenever you like and celebrate your Irish roots by chugging glass after glass of Guinness.

The downside is that a night of the creamy stuff will surely cause you to pile on the pounds, right?

This St. Patrick's Day, you can enjoy Guinness completely guilt-free — because its calorie count is lower than you might think.

Don't get me wrong, you'd be forgiven for assuming the drink is really bad for you.

It's creamy, it has a rich, dark color, and it has a unique caramel flavor.

But a 12 ounce glass is only 125 calories, and that's less than plenty of other beers.

Say you have a great St. Paddy's Day night, and end up drinking five glasses of Guinness — that's 625 calories in total.

But the same amount of Sam Adams works out as 900 calories, which is a heck of a lot more.

In fact, Guinness' calorie count is actually closer to the likes of Coors Light and Bud Light than the original drinks.

Time broke down the science behind it, and it's all because the main calorie source in beer is the alcohol content, and Guinness has a relatively low 4.2 percent.

The unique color and sweetness comes from the roasted barley used to make the beer, and the creamy texture is down to brewers using nitrogen during brewing.

What this all means, of course, is that you can drink up tonight, safe in the knowledge that it won't affect your weight loss or training plan.