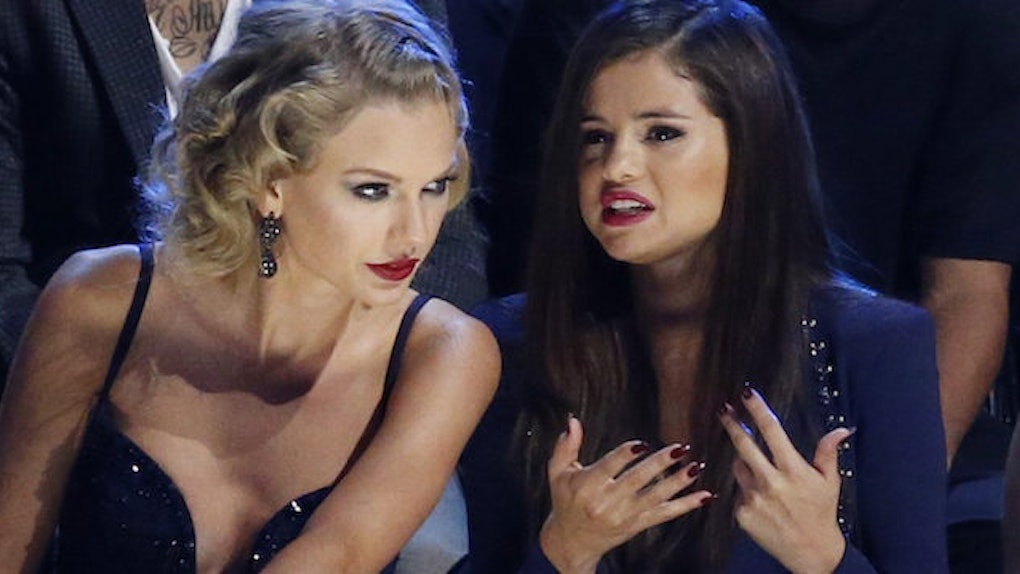 Gossip Is Good For Your Health, So Keep Throwing Shade

If gossiping is so bad for you, then why does it feel so good?

First of all, it's the perfect thing to bring you closer to someone with whom you have nothing in common except mutual hate.

Second, it's an excellent way to pass the time with your family when you're trying to avoid talking about your own dumpster life.

And third, it reminds me no matter how good someone looks on Instagram, someone other than me hates that person, too.

Gossiping has made me feel, on numerous occasions, less alone in the world.

And now, science has confirmed that it's as good for the body, mind and soul as the act of petting a dog or having sex.

Scientists from the University of Pavia discovered that when human beings gossip, the brains release higher levels of the pleasure hormone, oxytocin, than when we engage in just regular conversation.

This isn't a shocker because regular conversation sucks.

I mean, nobody cares what you did on your family vacation in Maine, Janet. Give us the DIRT! Who fought whom? Did anyone get divorced?

No? Then beat it! Your stories stink!

Now, does anybody want to talk about how bad Janet is at telling stories?

I work as a psychiatrist, and I noticed that every time my colleagues and I gossiped, we felt closer together. I started to wonder whether there was a biochemical cause for this feeling of closeness.

Brondino tested her hypothesis by recruiting 22 female students from a local university.

She randomly assigned them to one of two groups. The first group was led by an actress who steered the convo into a gossip sesh about an unplanned pregnancy on campus.

The second group heard an actress tell a personal story about how a sporting injury caused her immense physical damage and how she may never be able to play sports again.

(SORRY ABOUT YOUR DREAMS LADY, BUT OMG HOW LONG IS THIS STORY?)

Then, the women were tested for their levels of cortisol (the stress hormone) and oxytocin (the pleasure hormone).

It turned out the cortisol levels across the board went down, but for the gossip group, oxytocin levels soared.

[Gossip] brings people closer together than they would be if they were talking about some impersonal topic. And it can help us figure out who to trust, because we can hear information about people we don't know from trusted sources.

So, ladies, reach for the sky, run your mouths and let your oxytocin soar.

It's good for you and your friendships.

Citations: Gossiping Is Good for You, Study Confirms (Broadly)