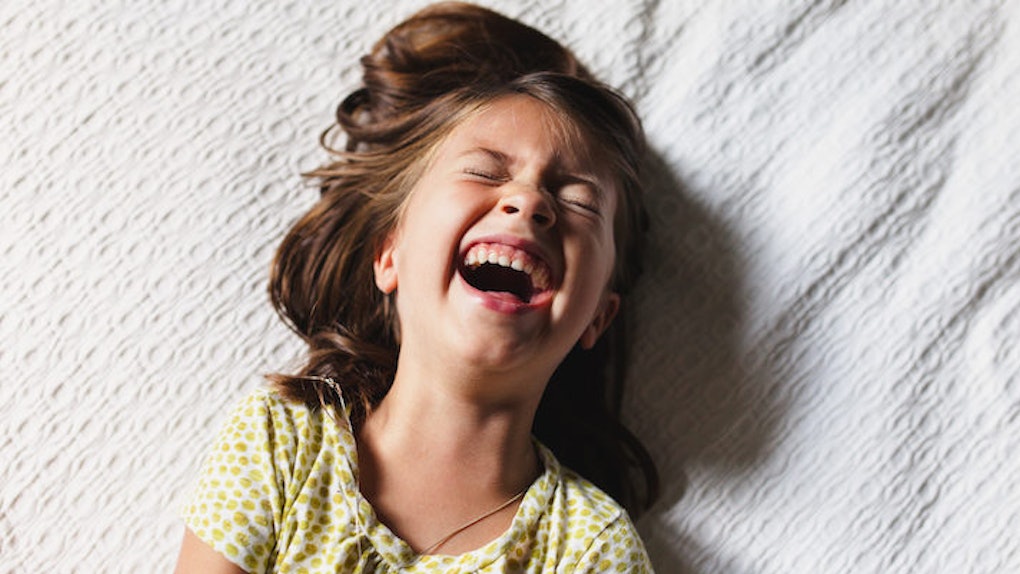 Call me immature, but I definitely giggled when I read the name "Miss Butt."

Seriously, if my co-workers knew what I was staring at the computer laughing about to myself, they'd probably think I was nuts.

Apparently, she laughs every time she hears her teacher's name.

It's been reported Priscilla Terumalai — mother to the humorous East London child — addressed her daughter's fault during a parents' council meeting. To her surprise, Miss Butt didn't seem fazed.

However, a few days later, Priscilla was taken into an emergency meeting with the big wigs of Mayville Primary School, including the school manager, the head of the year, a reception teacher and a teacher assistant.

There, she was shocked that her daughter's school took so much offense to Annalise's giggling.

I agree with her 100 percent. Isn't there more to be worried about right now than a child's uncontrollable laughter? I mean, c'mon.

The disgusted mother reportedly spoke about her immediate reaction to being called into the meeting. According to MailOnline, she said,

When I received a call from the school, I was appalled at how pathetic and petty it was. [...] I felt intimidated in the meeting and they made me feel like I was in the wrong. The school overreacted and it made me feel really angry.

They definitely overreacted, that's for sure.

It is not good enough. I felt I was treated unfairly because I am putting my trust in the teacher and I am not comfortable with my daughter being in her class now.

After the meeting, Priscilla wanted to move Annalise out of Miss Butt's class to avoid uneasy feelings.

To ease the tension, a spokeswoman from Mayville Primary assured the public she's in touch with the concerned mother, and reportedly said,

We're talking to the mum on a regular basis.

Sheesh, I hope so. If my child (I don't have a child so let's use our imaginations) giggled at Miss Butt's name a few times, I'd probably giggle along with her.