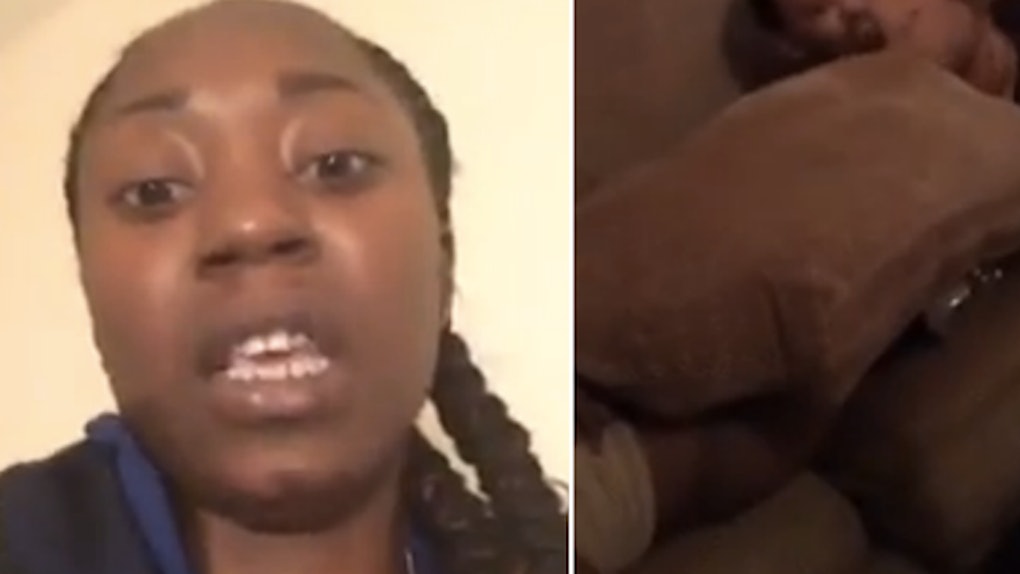 You're about to witness some seriously high-level drama.

The plot involves a douchebag guy, a scorned lover and a mostly naked side chick.

A video obtained by World Star Hip Hop reveals the shocking moment a woman comes home to find her boyfriend passed out on the couch with another girl.

She starts filming before she gets into their place. It's like she KNOWS something's about to go down.

The woman realizes pretty soon that something is wrong, and she says,

Am I in the right house, huh? I am? Okay, I'm gonna pack my shit, I'm gonna go. What the fuck is this shit?

What has she seen? What could possibly cause her to get so upset?

Luckily for us, she explains. Her man is on the couch, and there's another woman there.

She naked y'all. She fucking naked as hell.

Now, in no way am I defending the dude here, but she's technically not naked. The girl is asleep, wearing a tiny top, with some strategically-placed underwear covering herself.

Regardless, our girl is understandably pissed off, and her cursing, which gets louder and louder, soon rouses her sleeping BF.

And what does he do? He puts a cushion on his side chick to cover her up. BRO. Seriously?

Fuck that rent, you can keep that shit.

This pretty much continues for a few minutes. It's intense AF.

And then the guy tries to rescue the situation, telling her,

This doesn't fly with our chick, who gets even more angry and storms into the kitchen.

If that wasn't enough of a plot twist, there's another one coming. The girl explains it better than I can,

What the fuck is that on your nose? Coke?

The last minute or so of the confrontation is pretty uncomfortable viewing.

The guy appears to block her way out of the kitchen, and in the final few seconds, there appears to be some kind of struggle before the video ends.

Er... we hope things work out for both of them.