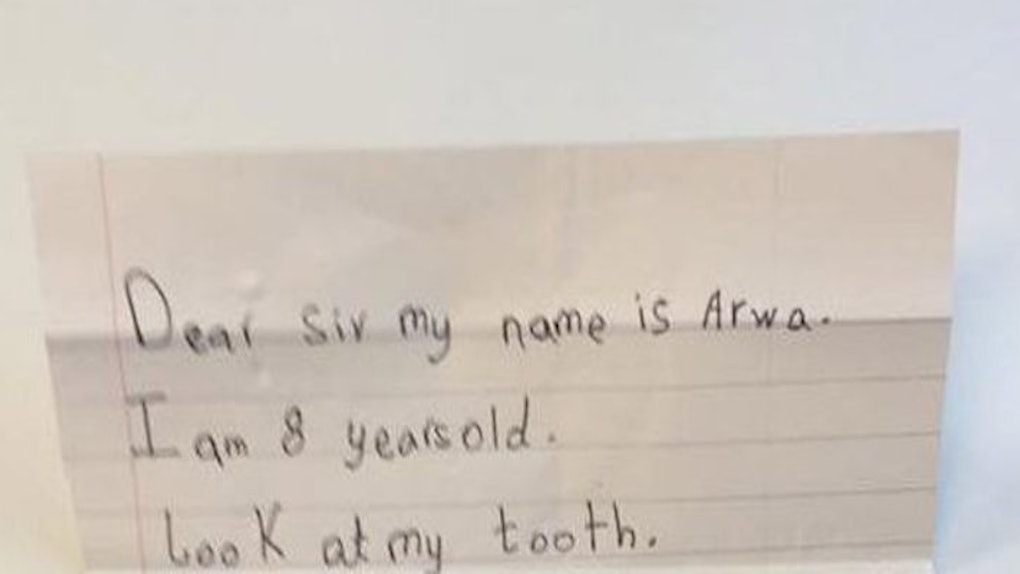 Kids constantly do things that are insanely adorable.

Case in point: an 8-year-old girl from Wales named Arwa.

Apparently, someone informed Arwa about the existence of the tooth fairy.

However, it seems this kid got her tooth fairy facts a bit mixed up.

Yep, somehow Arwa confused her dentist, Raid Ali of Restore Dental Group, with this legendary creature that collects lost teeth in the night.

What's even better is, Arwa actually wrote her dentist a letter addressing him as this infamous wing- clad creature, and I have to admit, it's pretty damn adorable.

The note, which even includes a little envelope containing Arwa's lost tooth, reads,

My name is Arwa. I am 8 years old. Look at my tooth. Can you give me a present? If you could I will thank you. Love from Arwa.

It made me smile, I thought it was an amazing idea [...] They must think I am the tooth fairy. It's the first time I have ever had something like this.

Now for the real question: Did Arwa ever get rewarded for her lost tooth?

You'll be glad to know the answer is yes.

Although Mr. Ali isn't the real tooth fairy, he said he would still get Arwa a present because let's be real: How could you not give her something after writing such an precious note?