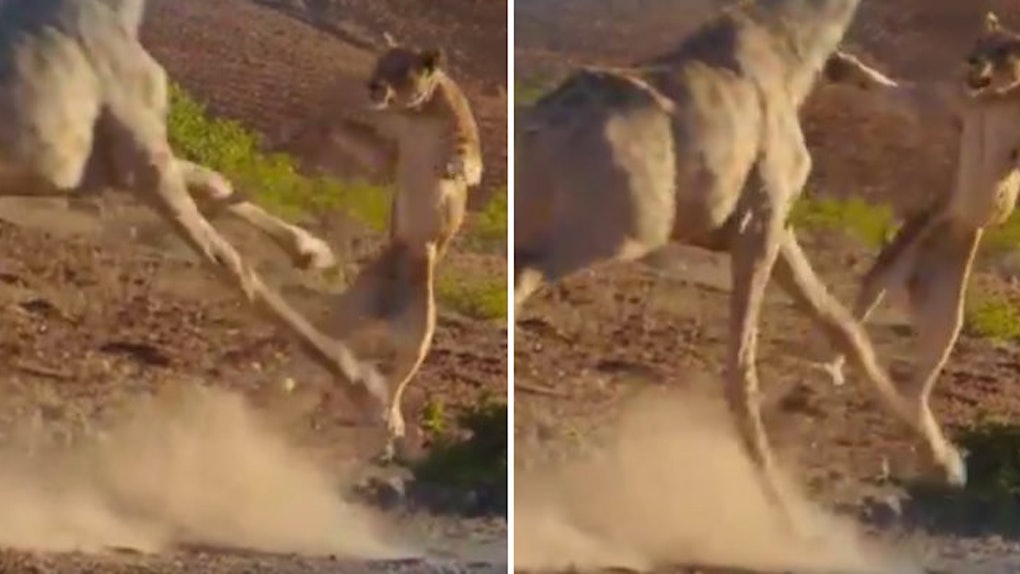 They look like camels, except with comically long necks and extremely thin weird legs that look like they should not be able to support the weight of Suri Cruise, let alone a giant, muscle-bound tree destroyer.

"Planet Earth II" (which is, coincidentally, what we're going to call Mars in 100 years, when the species have to move there after we permanently debilitate this one) just came out, and the internet is focusing on it with the sort of concentration usually reserved for Kardashian nudes.

After this past month, the prospect of watching herbivores get stalked, chased and torn apart by hungry predators is a well-earned respite from our humanoid dystopia.

One video making the rounds features a giraffe swarmed by a pack of hungry lions. Now, considering this year, you'd have to imagine there is no way this video does not end with a bunch of lions covered in giraffe blood quietly stalking off into the night before being poached by a pack of dentists wearing Trump hats.

But this was probably filmed in 2015 or earlier, so the giraffe gets away.

And not only does he/she (I don't know what giraffe genitalia looks like, unlike that lion) get away, but he/she obliterates the lion in its path.

Check out this lion get the beatdown.

To be honest, this is like the most optimistic lion in the world right here. Someone's mom read "The Little Super Predator That Could" too much to him when he was a cub.

HA! I KNOW THAT THE LION IS A SHE NOT A HE! I JUST WANTED TO GIVE YOU YOU KNOW-IT-ALLS AN OPPORTUNITY TO FEEL SUPERIOR FOR A SPLIT SECOND BEFORE GETTING THE EMBER OF THAT EGO RUSH SNUFFED OUT. HAIL SATAN.

If this outcome surprised you, let me remind you that giraffes fight over girls like this:

Which looks, of course, like the animal kingdom's far more intimidating version of this:

Oh damn, I spoke too soon:

Keep it coming, "Planet Earth II." We need all the escapism we can get.