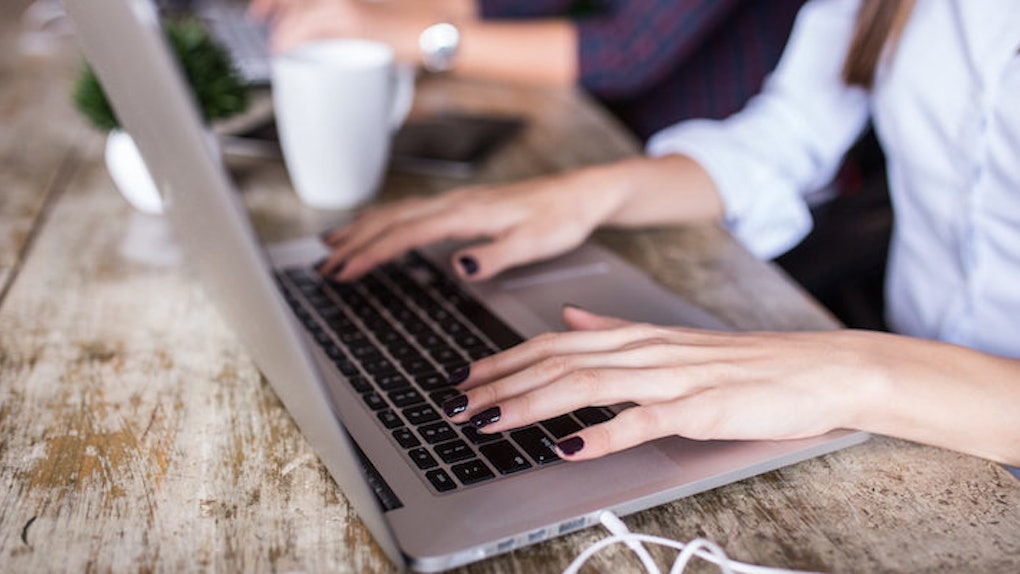 Here's How You Can Make $20,000 An Hour Just For Being A Millennial

Finding a job is terrifying for a billion reasons. For starters, without a job, you can't do cute, little things, like eat or sleep not in the wild or behind the dumpster of your local Red Lobster. So, the stakes are high -- unless you're into smelling like old lobster shells, in which case, go you for finding an easily attainable life goal!

Also, finding the right job is a mess because the last thing you want to do is go into an office every day and just bide your time until you can go home. You're just out of college, so why subject yourself to being trapped for the rest of your life? That's what marriage and having babies are for.

Well, it turns out just being a judgemental Millennial with wayyyyy too many opinions could actually be a career choice for you.

Millennial consulting is a thing companies are investing large amounts of money into, trying to crack the social Rubik's Cubes that are kids who grew up in the '90s.

Sound too good to be true? Well, I didn't even tell you about how each one of these consultants can pull in $20,000 an hour.

Lindsey Pollak, 41, is one of the chosen few who tells companies what us wacky kids are thinking, consulting for groups like Estée Lauder and LinkedIn. She told The Wall Street Journal,

There is somewhat of a disconnect between young people, their hopes, goals and expectations, and what companies think young people want. I see my role as a translator.

The official term for this line of work is “intergenerational consulting,” and companies are starting to use it as one of their main weapons in the fight to secure post-Gen-Xers. Companies spent between $60 million and $70 million last year on this sort of consulting alone.

This isn't exactly the best-kept secret in business, though, as a quick LinkedIn search reveals over 400 people currently list themselves as experts in this field.

It isn't just all marketing consulting, though.

A lot of the work generational consultants do relates to employers' relationships with their Millennial employees. For instance, 52-year-old consultant Lisa McLeod made the point Millennials don't really care about hard numbers and would rather focus on a company's story in order to be more emotionally invested in its work.