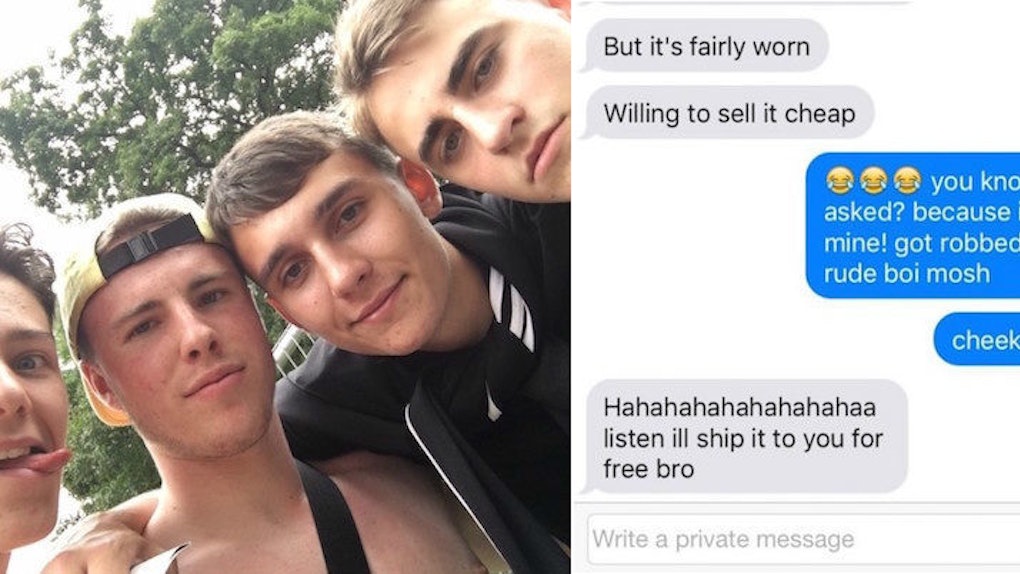 If there's one thing you need to keep in mind before you head to a music festival, it's that NOTHING is safe.

In fact, once you finagle your way into the hyped-up crowds, it's super hard to control what's happening around you.

A teen who attended Reading Festival over the weekend learned this the hard way, when his one-of-a-kind hat was stolen from him in the middle of a mosh pit.

But it turns out that he was, in fact, a lot luckier than others.

Tom Westbury, a 16-year-old from Leicestershire, UK, miraculously found his yellow, five-panel Supreme hat that was stolen from him during a Rude Kid show. It was listed on Depop shop online.

Tom found this pretty hilarious, since it was where he had bought the hat in the first place. After tweeting his ironic discovery, he was shocked by Twitter's outrageous response of over 23,000 retweets.

He talked to Buzzfeed about his reaction:

It's been mad. I went to the gym yesterday morning, and it was on about three retweets and, like, 10 or so likes. Then at the gym, my phone was just constantly buzzing, so I ran to my mate's house to get the WiFi so I could check my Twitter and we went mad.

Understandably, Tom was pissed about his hat being stolen. Wouldn't you be?!

But his anger was short-lived. He soon confronted the "cheeky fucker" who stole his hat. Luckily, the thief said, without hesitation, that he would be shipping the hat back to Tom for free.

After apologizing, the festival hat bandit admitted he was drunk when he stole the goods.

Luckily for him, Tom had a sense of humor. Still, he'll probably be leaving his Supreme hat at home the next time.