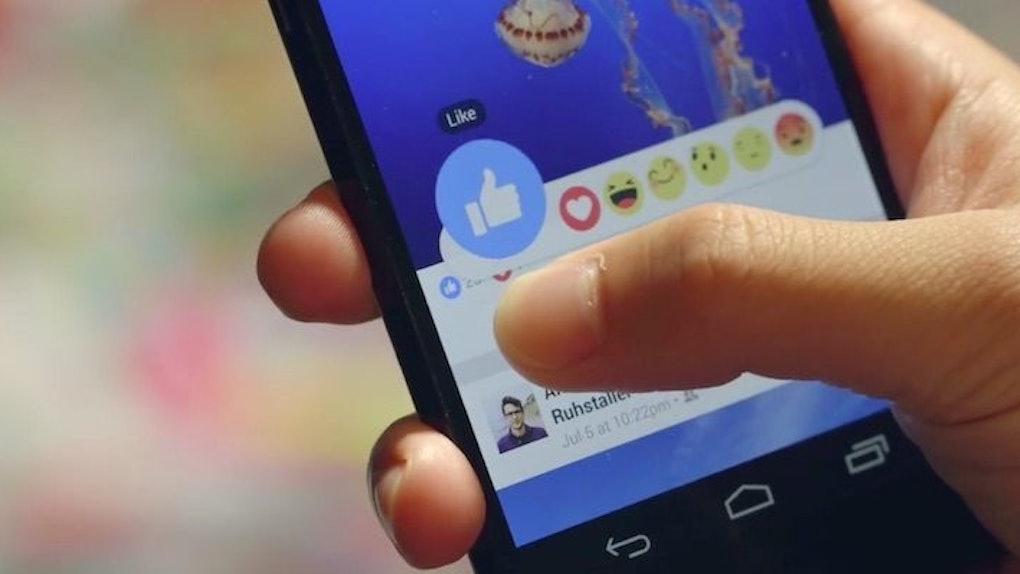 It may not technically be a “dislike” button, but a pouting emoji face may be the closest way to succinctly disapprove of something on Facebook in the future.

For years, the Internet kindly asked Facebook to add a "dislike" button so everyone could stop feeling weird for clicking "like" on posts about dead relatives or moments of introspection on the anniversary of tragic events.

In September, Mark Zuckerberg announced he heard our cries and there were in fact plans to install a "dislike" button option on Facebook in the near future.

Today, Facebook's chief product officer, Chris Cox, shed a little light on Facebook's plans to add more dynamic choices for users to one-click how they feel about posts on the site.

Today we're launching a pilot test of Reactions — a more expressive Like button. As you can see, it's not a “dislike”... Posted by Chris Cox on Thursday, October 8, 2015

So, there you have it. It isn't exactly a "dislike" option as much as it's a gif-esque mood meter that you can use on content posted to the social networking site.

According to the video, if this technology gets introduced worldwide, you will be able to choose between "like," "love," “haha,” “yay,” “wow,” "sad" and "angry" options.

Cox said Facebook is starting to test out the service in Ireland and Spain. After developers receive feedback from the function, they'll improve the feature and hopefully make it available to everyone soon.

Until then, you'll still be forced to awkwardly click the "like" button on posts people you kind of know put up about how their grandfathers died.