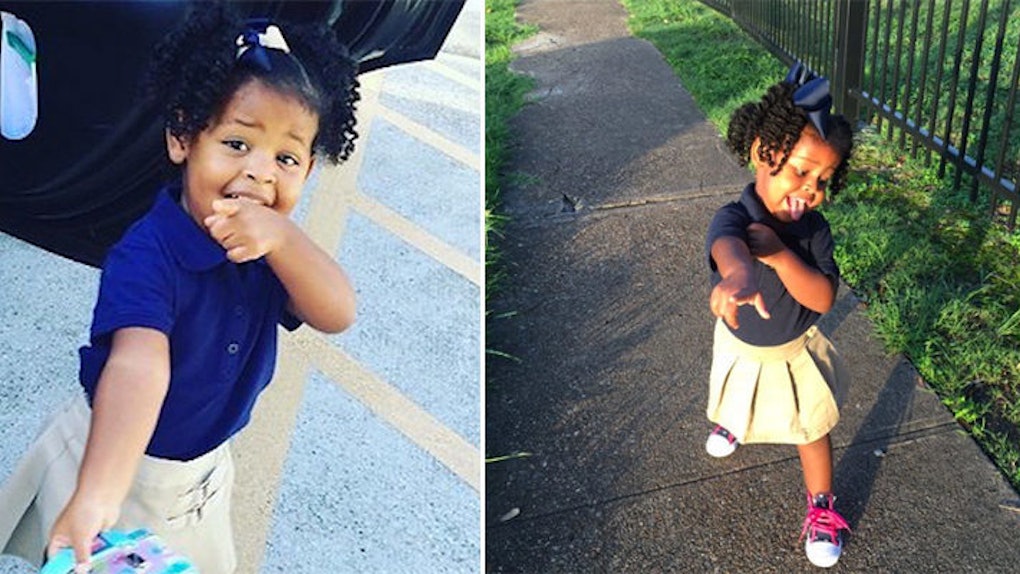 School is starting, meaning that kids and adolescents all over this great nation are getting haircuts and trying to entirely reshape their identities as they get dressed for their first day.

Summer vacation, like all things, has come to an end, and students are lugging their giant backpacks into the academic boredom torture chamber that is school.

Some people feel differently about the matter, however.

Zoe was with her mom, Sharvonne, bringing her older brother to his first day of high school, when her mom tweeted this picture of Zoe being pumped for school. Zoe is in a toddler class and was extremely jealous that her brother got to go to his big person school.

The Tweet immediately blew up. Probably because her enthusiasm accomplishes the thing that everyone can't: be happy that they're being made smarter by doing boring stuff for 14-18 years straight.

It also went viral because Zoe is, like, unbelievably, superhumanly cute.

Then there is this optimist:

No. She/he won't. There is only one Zoe. The rest of us go to our first day of school like we're walking to the gallows (I may be projecting here).

Oh, and because you deserve it, here are a couple pictures from Zoe's second day at toddler school:

Ugh, remember lunch boxes. I'm really fucking up by not having a lunch box in my adult life.

Although, now that I think about it, why wouldn't a 2-year-old like school? I'm sure all it involves is snacking and napping and occasionally shout-crying for attention. I could definitely get down with that kind of academia.