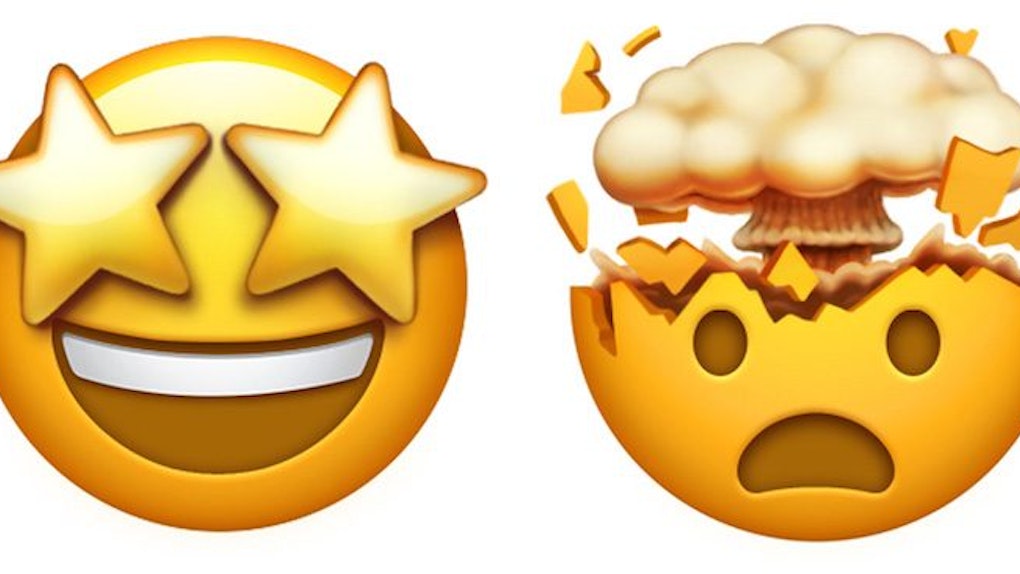 Apple has recently announced that beginning this fall, new emojis will be available on all iOS, macOS, and watchOS devices.

It'll include fun ones like zombies, zebras, and a T-rex emojis (which we can't wait for). It'll also include silly (and gross) ones like a vomiting emoji, and important ones like a breast feeding woman and a woman wearing a hijab, which were definitely a long time coming.

Since the big release, Twitterverse has spoken, and they seem really excited about one emoji in particular: the mind blown emoji.

It's going to be a new favorite, that's for sure.

Some Twitter users are waiting desperately to use the relatable emoji.

Yes, @TheyH8nejeal, I too will use the mind blown emoji to throw shade. I can't wait!

This upcoming release has left many wishing for emojis that look more like them, so let's hope the next update will offer even more inclusive emoji options.

Let's not get ahead of ourselves, though -- you're still going to have to wait a few months before using Apple's new mind blown emoji (and any other new emojis, for that matter).

You're also going to have to wait a little longer before getting your hands on the upcoming iPhone 8 — which is also rumored to be released this coming fall.

There is also chatter about the iPhone 8 coming in four different colors including a mirror-like option, which will ensure you are always looking your best (and will make using your front-facing camera as a mirror, a thing of the past).

But the iPhone 8 might come with a hefty $1,200 price tag — so you might want to save up before the device is released.

My mind is blown at that price... see what I did there?