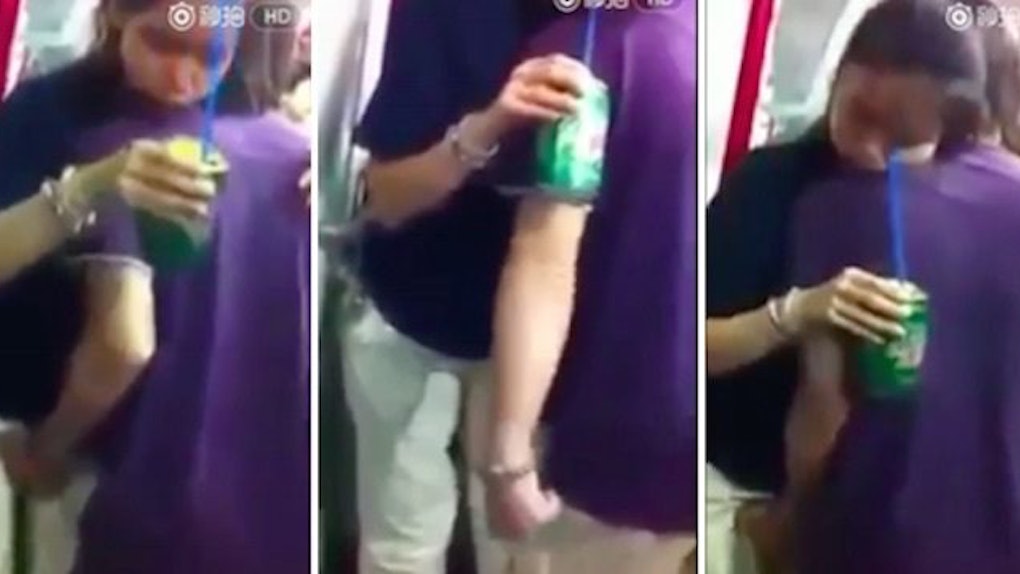 Subway Rider Tries To Finger Girlfriend Through Her Pants

There's nothing worse than having a bunch of strangers see you do something incredibly embarrassing in public.

Except, maybe there is... having your most cringe-worthy moments recorded by said strangers and shared with the entire world via social media, of course.

Not too long ago, we told you about a man who snagged a seat on the subway and ended up getting a front-row seat to a show he never asked to see.

It was a couple performing the "sticky fingers challenge" in broad daylight.

Another pair of train passengers were recently spotted sharing a steamy moment on the subway.

That's right: Someone recently posted a video on Snapchat featuring a young man who's clearly on a mission to join the sticky fingers club with his drunk girlfriend.

However, there's just one little problem: This dude's attempt at carrying out some scandalous subway PDA doesn't exactly go according to plan.

The Snapchatter captures the man repeated trying and failing to finger the girl through her pants. It's basically like a bad car accident you can't stop staring at.

As the pathetic scene unfolds in front of everyone on the train, the guy's inebriated girlfriend casually sips on a soda while looking particularly unamused.

Then, just when you think things can't get any worse, this desperate dude decides to try his luck with a different technique: He tries to punch his way through her pants.

If you ask me, this guy seems like he can't even punch his way out of a paper bag, let alone knuckle his way through some khakis.

The video stops shortly after. But based on the way things were going, I think it's probably safe to assume he never succeeded in getting through her pants.