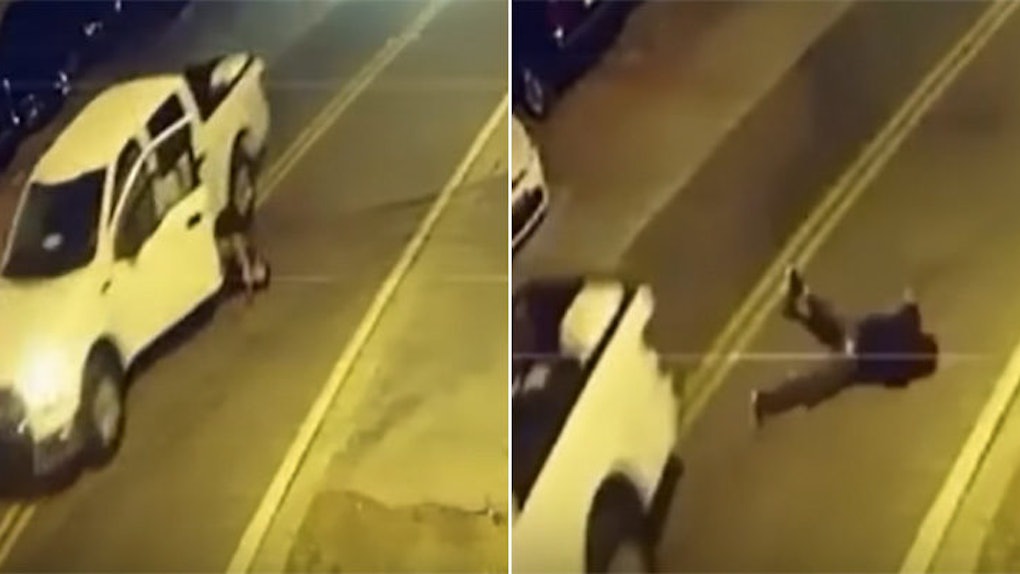 Florida Man Runs Over Himself While Driving Drunk

Somehow, someway, 28-year-old William Edwards found a way to become a victim of his own drunk driving during an unfortunate night out at the strip club.

The incident happened on October 25, when Edwards left the Dance Royale Club in Orlando. The action began when Edwards entered his white Ford pickup truck despite his intoxication.

Though it's not entirely clear, it appears an unidentified person tried to run up and stop the Florida man, but it was too late.

Edwards had already gotten into the car and pulled off almost immediately as the unidentified person reached the car. The 28-year-old didn't get far, though.

Before he was able to even drive within the road's hash marks, the driver's side door on his pickup truck flew open and sent him flying.

After he was ejected from his vehicle, the truck ran over the man's back legs in an incident that shouldn't be funny but definitely is.

According to local Orlando station WKMG, the man had been so drunk, the club's security told state troopers they had been trying to stop Edwards from driving after they noticed how much he had to drink.

The club's failure — and Edwards' own failure to control himself — led to an innocent bystander getting hurt on the night. You can catch an extended version of the video below.

Edwards' pickup kept running and eventually hit a house that had a woman sleeping inside of it, WKMG reports. The woman, though, was not taken to a hospital.

As for Edwards himself? After getting run over by his own car, the Florida man fled the scene of the crime. Perhaps he could've gotten away with it, too, if it weren't for those meddling kids...

JK. What actually happened is that this guy he left his ID at the strip club where he was, and voila, you've got a guy in handcuffs.