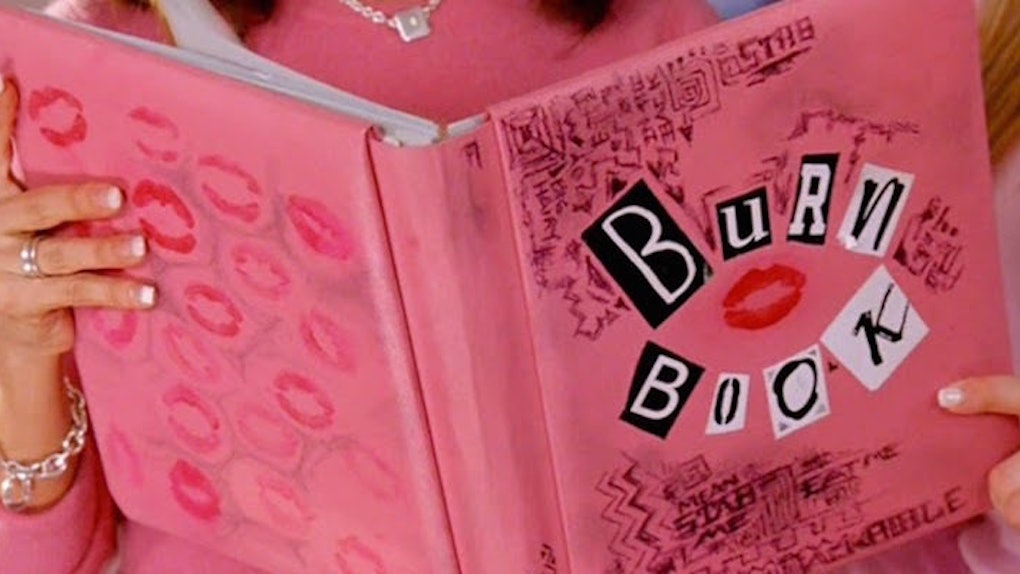 Someone Made A 'Mean Girls' Burn Book Entry For Donald Trump

There are all sorts of important life lessons you can learn from "Mean Girls."

This classic chick flick has taught us you can't just ask someone why they're white and you shouldn't have sex, because you will get pregnant ... and die.

Plus, the Plastics also gave us the 411 on dating etiquette by informing us that ex-boyfriends are always off limits because that's just, like, the rules of feminism, duh!

Of all the knowledge this movie has instilled upon us, I think it's safe to say the best thing we can learn from "Mean Girls" is that the greatest way to blow off some steam is by making a book that bashes all the people you really effing hate.

Because let's be real: Scrapbooking supplies and hurtful words cost a whole lot less than a therapist.

Well, apparently, the Plastics aren't the only ones who love to let it all out and then put their feelings in the burn book.

Facebook user Evan Turkel recently came across a presidential election burn book, and I have to say this hilarious remake will make you laugh harder than watching one of the presidential debates.

Someone, (probably a "nasty woman," I assume) printed out a page from their burn book that's specifically dedicated to Donald Trump, and, as you can see from the photo above, it's so fetch.

Apparently, who ever made this book felt Donald Trump was just as much of an evil dictator as the queen bee of the Plastics herself because Trump's caption is almost identical to slurs written alongside Regina Geroge's picture in the OG burn book from the movie.

That's right. Above Trump's lovely portrait, you'll find an eloquent message scribbled in pink ink that reads, "This man is the nastiest skank bitch I've ever met. Don't trust him. He is a fugly slut."

In my opinion, this creative "Mean Girls"-inspired approach to protesting Trump is by far the funniest way anyone has poked fun at the presidential candidates to date.

Let's just hope Donald Trump doesn't get in the way of any school buses before the election...