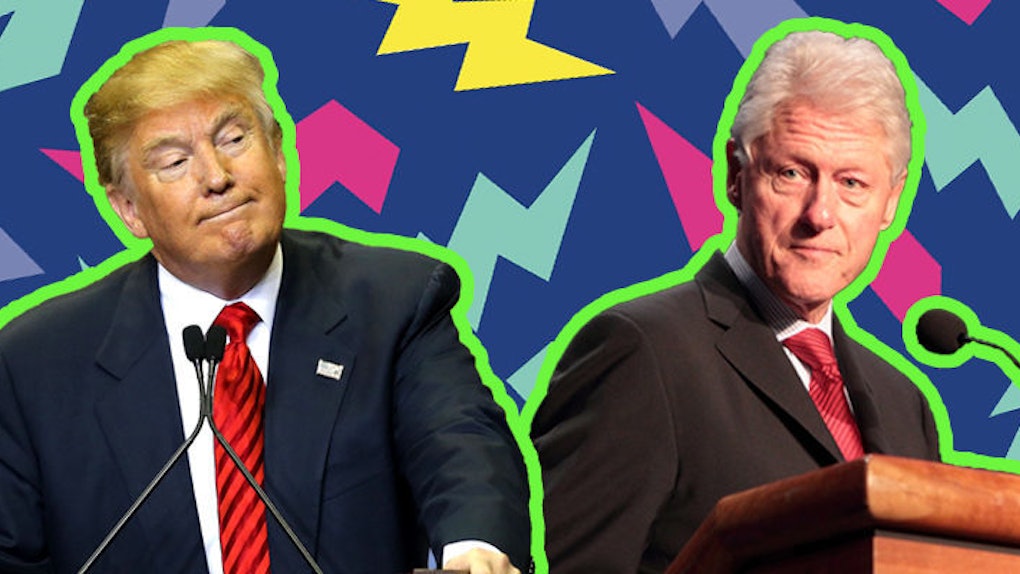 'Cause he's hot, then he's cold. He's yes, then he's no. He's in and he's out... and so on and so forth. His opinion on the former president is one big casserole of confusion.

Take a look at one of Trump's latest tweets about Clinton. He's referring to the speech Bill gave where he was swooning over his wife, Hillary. The media lapped it up, obviously.

We did too (because he dropped some juicy secrets about how they first met).

But the Donald leapt on it, branding Bill's speech "highly overrated."

But hang on. I thought Trump loved the guy.

Enter exhibit A, B, C and every other letter of the alphabet:

He's also getting all accusing:

Why do you lie, Trump? The Donald is a walking hypocrite (as if you needed any more evidence).

He's probably not even a Republican.