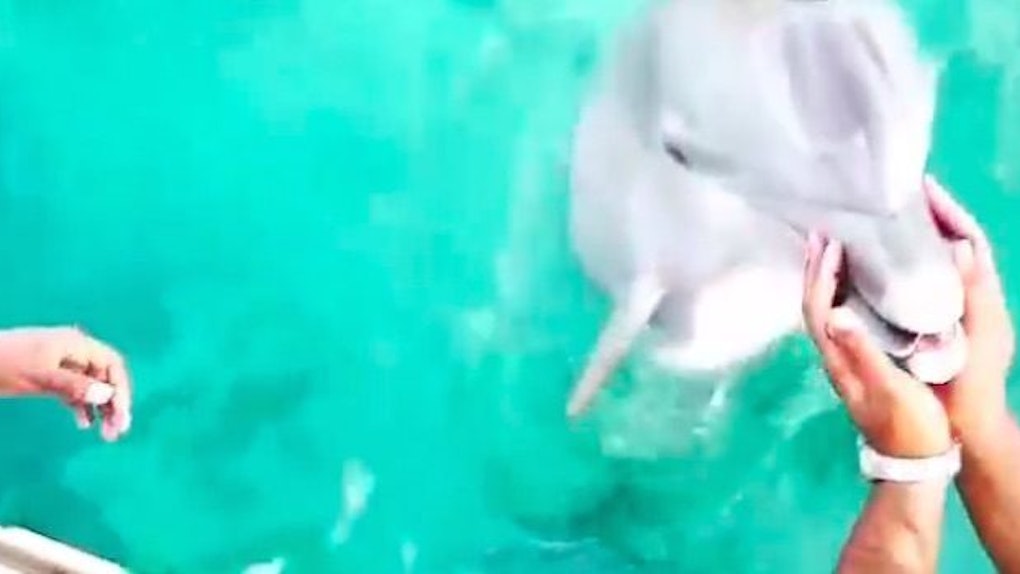 When the Miami Heat dancer handed her phone off, momentarily, to a stranger during a swimming-with-dolphins expedition in the Bahamas, he promptly dropped in into the Atlantic.

To Cee's surprise, her new dolphin bestie, Cacique, swam down, retrieved the phone and returned it to the floating platform where the dancer stood.

After posting a clip of the encounter to Facebook, the video has been shared from Cee's page over 21,000 times.

Cacique's popularity comes as no surprise. She is more efficient than half the humans I know.

Perhaps a world where dolphins and humans work together in a water wonderland could one day become a reality.

True Story: While in the Bahamas, I had the opportunity to go swimming with dolphins on #BlueLagoonIsland. We were... Posted by Teressa Cee on Monday, September 21, 2015

Citations: Woman drops phone in the sea, dolphin retrieves it like a total hero (Metro)