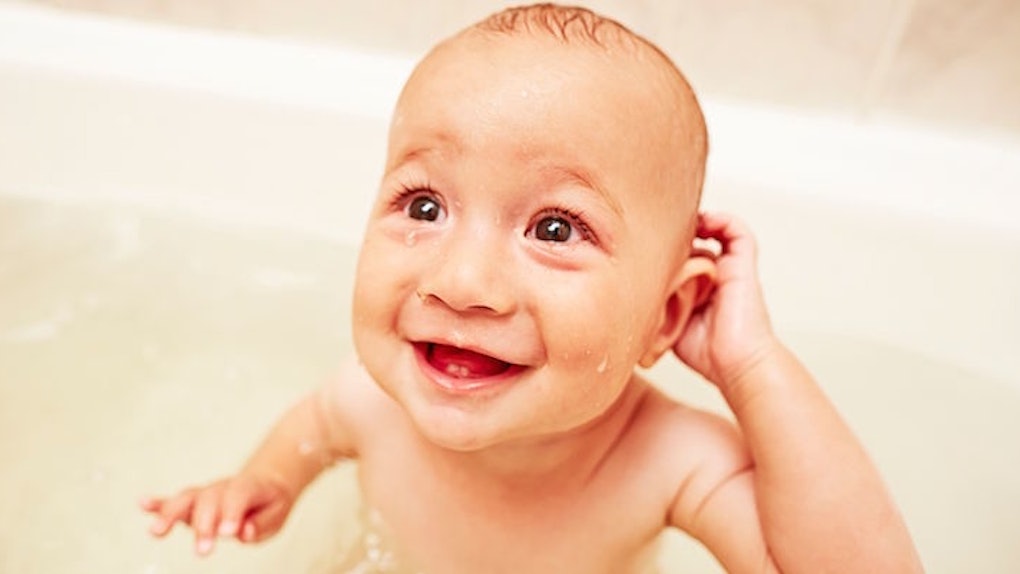 Dad Finds Way To Keep Shampoo Out Of His Daughter's Eyes

Step up, step up! I got some hot dad hacks!

There is a major difference between being a father and being a dad. A dad is cooler.

Fathers wear suits and ties and miss ballet recitals. Dads show up to that same recital with stomach paint on that reads, “My girl can DANCE."

As with committed dedication to anything, dads occasionally will crack the system. They'll figure out a trick, or loophole that makes their tenure as a dad a little easier.

It's these little nuggets of dad-ly wisdom that really separate the boys from the men when it comes to rearing your child.

These tricks are called dad hacks and they're all beautiful. Each one is like a snowflake, unique to that one hack, but turning the world into a brighter place to live.

Take this dad, for instance, who figured out a way to keep his daughter's eyes from stinging when she's getting a bath.

The story behind this innovation is pretty textbook for this kind of hack.

Jae, whose 1-year-old daughter was the inspiration for the hack, told BuzzFeed that washing his daughter's hair was a frequent disaster, saying,

Her mom manages to do it fine, but with me she'd go crazy every time I reached for the shampoo bottle.

Thankfully, he says his 2-month-old daughter has no problems washing her hair.

When getting the 1-year-old to wash though, Jae plans on sticking with the shower goggles. He even says that she thinks it's funny when he splashes her in the face with water with the goggles on because she can't feel anything.

The internet is on board with this idea. Ever since Jae posted the picture he's been getting comment after comment from people praising his genius.

Citations: This Dad Found An Adorable Way To Stop Shampoo Getting Into His Daughters Eyes (BuzzFeed)